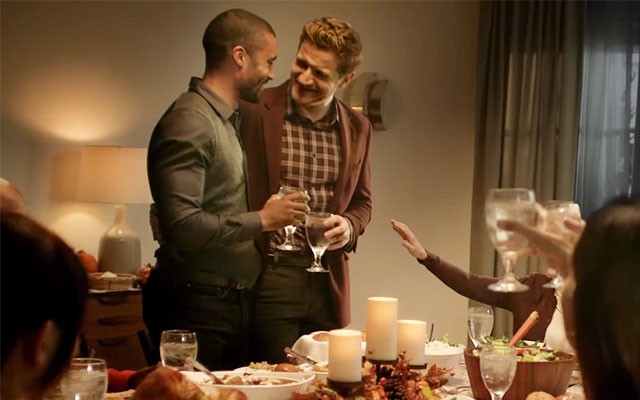 While the weather outside might be frightful, there’s a gay couple in Kohl’s holiday commercial and it makes everyone a little warmer. Their holiday campaign entitled “Celebrate Together,” is about the best part of the holidays; being together with family and friends.

In the last few days, Kohl’s earned more than 55,000 views on the YouTube video, and Twitter is a buzz with positive vibes.

So last night during SPN I saw Campbell's Soup and Kohls with commercials including gay couples. A+ for you advertisers.

Props to @Kohls, but I'm waiting for the day when using a gay couple in a Christmas ad isn't news-worthy

The video hasn’t received a lot of mainstream attention, which could be the reason backlash is minimal. Regardless, we love the commercial almost as much as the last week’s Moschino Barbie video.