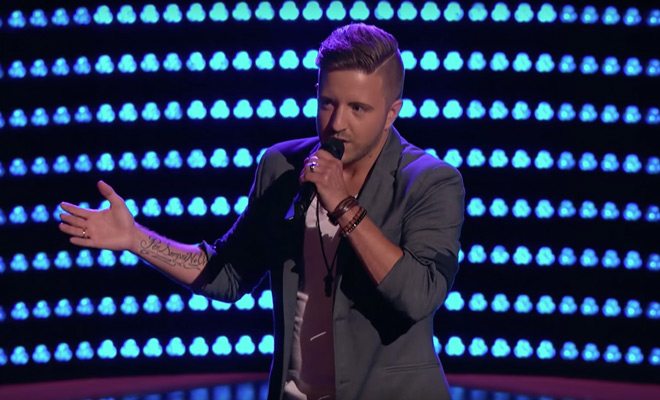 Former child country music star Billy Gilman just launched himself into the spotlight with a spectacular audition on The Voice. The 28-year-old openly gay singer performed Adele’s “When We Were Young” and everyone, including the judges, went bonkers.

Gilman, who came out as gay in 2014, earned the respect of all the judges as they all turned their chairs around during his performance. Of course, as soon as he said his name, each judge had an aha moment.

Blake Shelton was ironically the last to push the button, but as soon as Gilman introduced himself, Shelton said, “Oh, I know Billy.”

Did everyone catch me on The Voice tonight? Amazing time, amazing show. Watch the journey! @nbcthevoice #teamadam #teamBG

“I started out as a young county artist and had great success,” Gilman said. “To finally be here in a moment where I can finally sing the way I so badly wanted to even then, and to finally stand here and be amongst you, it truthfully is such an honor.”

After the performance, Gilman instantly started trending on Twitter and the track shot to #28 on the iTunes overall chart.

Unreal ..#1 topic on Facebook and currently #28 on @itunes overall chart. You floor me and I have no words. @NBCTheVoice #grateful pic.twitter.com/CYvaEEBUvf

Watch his breathtaking performance below.