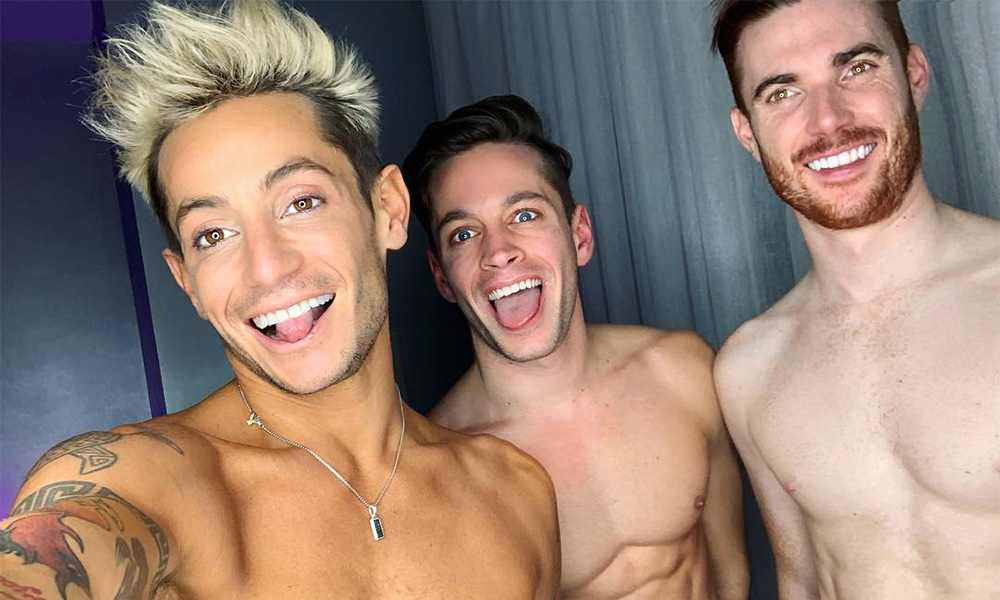 Frankie Grande Is In a Throuple With a Married Couple

The Grande family has had an eventful weekend; Ariana Grande released her epic breakup anthem, “Thank U, Next,” and Frankie Grande announced he’s in a throuple. Grande, 35, confirmed he’s in a relationship with a married couple.

Us Weekly stated that Grande introduced his men to one of their journalists at Bette Midler’s Halloween bash. “These are my boyfriends,” Grande said of Daniel Sinasohn and Mike Pophis. “[We’ve been dating for] almost three months, but in the gay world, it’s like five years.” Grande also quipped that the best part of the relationship was the “dick.” He went on to say Sinasohn is “very smart. So is Mike, Mike is also very smart.”

Frankie Grande Is In a Throuple With a Married Couple