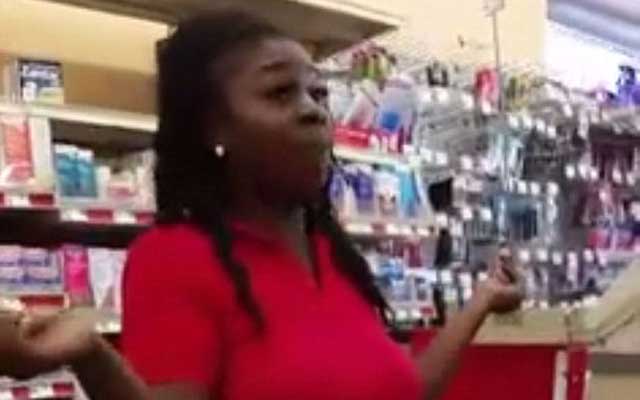 Apparently, a dollar really will make you holla’, Honey Boo Boo child. While visiting a Family Dollar, Melissa Langford, a 34-year-old lesbian from New Orleans was denied service by a homophobic cashier who found her queerness to be … less than desirable.

Standing in line, waiting to pay for her low-priced loot, Langford overheard the Family Dollar minion make extremely homophobic remarks about gay people. At one point, the employee said, “Gay people need to get the f*ck, they got somethin’ wrong in they head.”

What that means, we aren’t entirely sure, it didn’t come from the most literate of individuals. As the cashier carried on with disparaging comments about the LGBT community, Langford decided to say something. She interrupted the hateful buffoon and said, “Excuse me, but I’m very, very gay and you’re really offending me. Think what you want but keep it to yourself.”

That’s when the worker went off, giving Langford a verbal lashing even after a male shopper stepped in to defend same-sex shoppers. After being refused service, Langford caught the cashier on camera as she continued to defend her actions. You can watch the footage below!

Wonder at This Clip of Shawn Mendes Showering