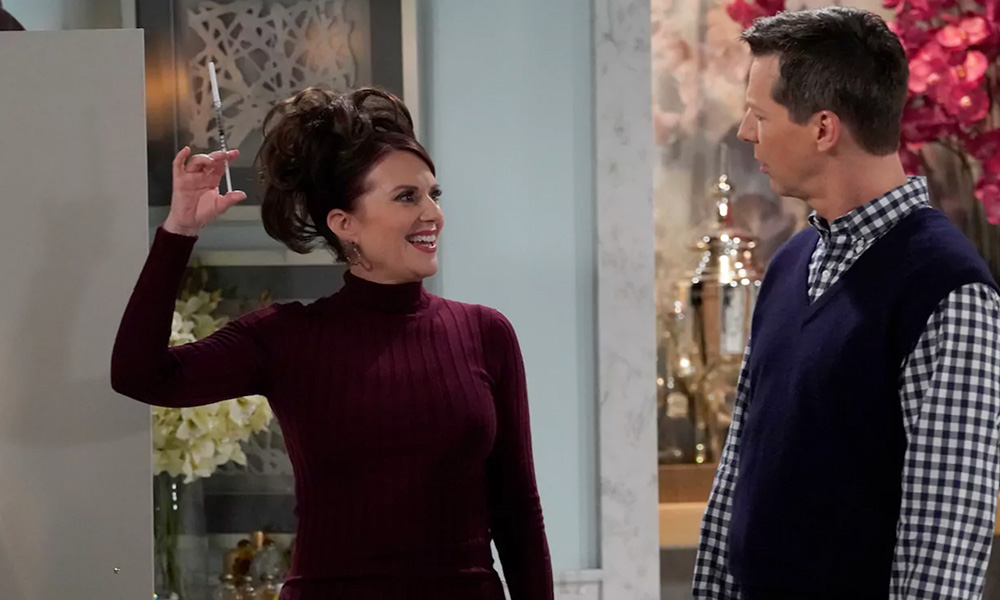 From beards to best friends, it’s time to give ‘fag hags’ their badge of honor.

The fag hag. Never were two more scornful words so spectacularly smashed together. Stereotypes around the fag hag, fruit fly, fish, handbag — ƒ whatever you’d care to call her — abound.

Search the Internet and you’d believe she’s a sad, overweight, trashy woman with too many cats unable to snag her own boyfriend or husband. Derision comes from queer quarters almost as often as from straight bystanders.

However, a closer examination of the history of the everyday fag hag and her references in pop culture reveals a more subversive and courageous figure. Fag hags have gone from “beards” who hide their gay friends’ sexuality to fashionable best friends epitomized by Grace in the TV series Will and Grace, which has just been revived.

It could be time to recast the moniker of “fag hag” as a badge of honour rather than a term of abuse. For the gay man, she has been protector, carer, cheerleader. For her, it is often an act of support. For the straight woman, he is a male friend that doesn’t expect more, a confidante, and just possibly the reason to become more involved in lesbian, gay, bisexual and trans (LGBT) activism.

Homosexuality was a crime in many states of Australia until May 13 1997, when Tasmania became the last state to decriminalize it. Under these laws, men could go to jail for engaging in same-sex relations. It was illegal even longer in the US — only in 2003 did the Supreme Court overturn sodomy laws in 14 states. Globally, homosexuality is still illegal in 74 nations; in some it is punishable by death.

Kendall Lovett, a gay man now in his 90s, recalled some of these darker times when interviewed for a forthcoming documentary film I am producing, entitled Handbag:

The meaning of “out” wasn’t like it has been since the 1970s. I was out to myself and to other gay friends. It was almost like a secret society you formed with your friends. You had to be careful because it was against the law.

Being seen with a woman was one way of preventing unwanted attention from the law. A woman could prevent gay men from being socially exiled, attacked or arrested. Women willingly offered themselves as a disguise, which is why they were known as “beards”.

There are many well-known examples of beards. Vanessa Bell, painter, sister to writer Virginia Woolf and member of the Bloomsbury Group, had a lifelong relationship with artist (and gay man) Duncan Grant.

More recently, the parings of Liza Minnelli with Peter Allen or Doris Day with Rock Hudson were smokescreens for hidden desires. Occasionally, the situation necessitated a “lavender marriage”, the term for a male-female marriage when one or more of the couple was gay or bisexual.

Pat Davidson (67), a retired teacher in Newcastle, knows a bit about beards. Her mother, Dorothy (now deceased), was always impeccably dressed. She was the life of the party and a beard to a number of close family friends in order to protect them: “She always had a flock of men around her.”

For them it was important to be seen engaging in what would appear to be sexual banter with an obviously girly-girl. It would have been very diffusing. People only giving a cursory glance would never suspect.

A self-confessed disco diva who loved the company and “caustic humor” of gay men, Pat too found companionship with them, as a young widow and mother. “We’d be sitting at the bar and a good-looking man would walk in and we’d turn to each other and say ‘may the best man win!’”

Related | Why so Many Women Want a Gay Best Friend

During the HIV crisis in the 1980s and 90s, Pat became involved in the AIDS quilt project, which comprises 48,000 separate panels sewn by nearest and dearest to commemorate those who have died from AIDS-related causes.

In popular culture, the 1970s heralded a relaxation of social attitudes, which filtered into books, television and movie scripts, making the fag hag a narrative trope. Mary Ann Singleton in Armistead Maupin’s Tales of the City (first serialized in newsprint then later a television series) and Doris Finsecker in the television series Fame are early examples — naïve women who arrive in the big city and are befriended by a range of gay men.

The eponymous lead in the more recent The Unbreakable Kimmy Schmidt echoes these earlier roles (although with tongue firmly in cheek), arriving oblivious in New York City after being held hostage in an underground bunker for many years.

Jane Ward, Associate Professor in Sexuality and Gender Studies at University of California, says the late 1990s was the “golden era” of the fag hag in popular culture, as the portrayal of straight woman paired with gay man occurred more frequently on big and small screens. Typically, in this scenario, “a conventionally attractive woman” is drawn to gay men because straight men are failing her. “She’s no longer a hag … and her gay friend becomes more of an accessory to her.”

This kind of fag hag appears in films such as Clueless, The Object of my Affection, The Next Best Thing, and in television series such as Will and Grace, Glee and Sex and the City. Carrie Bradshaw epitomizes the confident, beautiful and urbane woman for whom the “GBF” (Gay Best Friend) is as indispensable as her Jimmy Choos.

Some may even argue that this was the beginning of the end for the fag hag as an edgy and transgressive figure.

For some, it’s not so much about whether the term is fashionable but whether it changes and saves lives. The SWISH Ally Fund — originally dubbed from the acronym “Straight Women in Support of Homos” — is an organisation based in New York City.
Founder and president Sue Sena say that when a straight person makes a declaration of support for the LGBT community, “it is understood differently”. The organization raised a $6,000 emergency fund after the Orlando nightclub shooting in Florida that took 49 lives.

Aside from her grassroots work within the community, Pat Davidson has created a new generation of women who love gay men. Her daughter and granddaughters all have many gay “husbands” and are active in organisations such as the Sydney Gay and Lesbian Mardi Gras, Wear it Purple and the Australian Marriage Equality campaign.

While many people still feel the term “fag hag” is a slur, others see it as a term which can be applied lovingly. And in contemporary debates around equal queer participation and inclusion in society, reclaiming the words once used to insult may have a power of its own.

Dr. Phoebe Hart is a screen academic and documentary producer on Handbag: the untold story of the fag hag.

Phoebe Hart is a lecturer of film screen and animation at Queensland University of Technology.