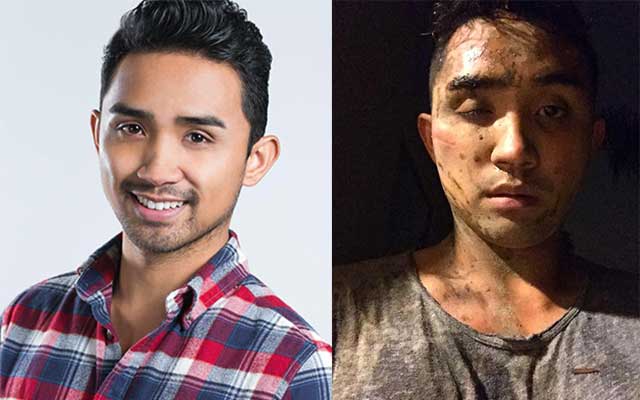 Christopher de la Cruz works at the popular gay bar The Abbey in West Hollywood, a famous meet and greet for queer folks in the Los Angeles area. But what seemed like a typical Thursday night ended up being a nightmare.

While De la Cruz was walking to his car after work, he claims to have been attacked by two men in what he believes to be an antigay hate crime.

The victim told KTLA News that he was walking to his car shortly after midnight when two men jumped him and held a knife to his face. They started to punch him, calling him a “f*cking faggot.”

“They attacked me cause I was gay,” de la Cruz told KTLA. “They took off, running and laughing like it’s a joke.”

De la Cruz did not contact police until the following day, and has yet to provide a description of the attackers. According to a post he wrote on Facebook (in which he identifies himself as “Christopher Burton,” the catering and events coordinator at the Abbey), the attackers escaped with some of his credit cards, but have not used them yet.