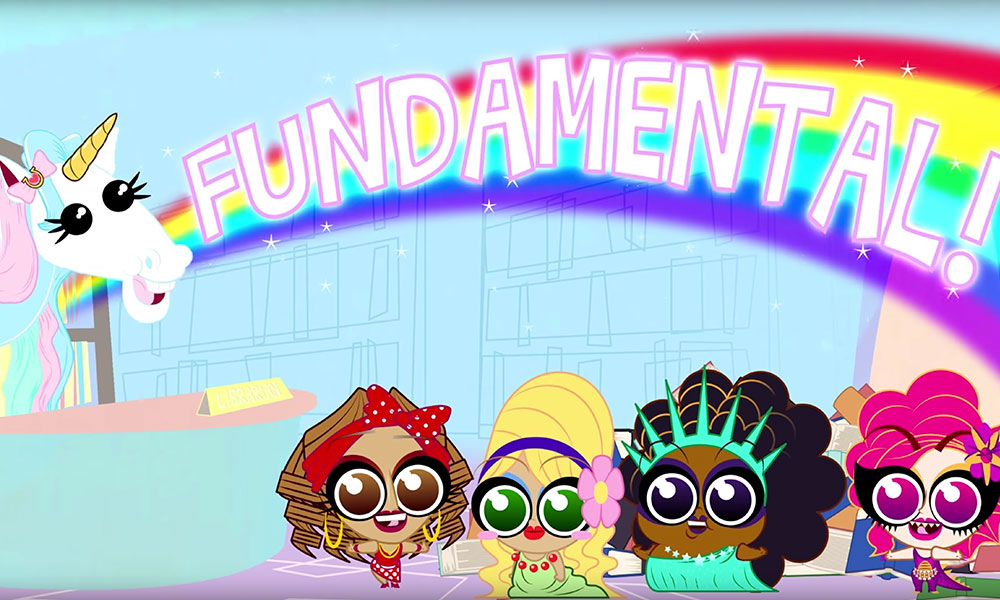 In addition to playing Corny, RuPaul is set to produce Drag Tots alongside Randy Barbato, Fenton Bailey and Tim Campbell from World of Wonder. In the show, the baby queens use their glitter powers to battle toxic masculinity.

“Baby drag queens attend grammar school in this new animated series for kids and grown-ups of all ages!

Meet Dina Saur, a colorful drag tot whose aesthetic is inspired by dinosaurs; Roxy Moron, innocent, lovable and totally gullible; Arugala, a Puerto Rican provocateur with a taste for trouble; and Lady Liber ‘T’, an African American queen with a talent for putting haters in their place!

With guidance from school mascot Corny the Unicorn, each episode features a different dragtastic adventure. From a visit to a wig farm to a journey to an alternate drag universe, school has never been so fierce!”

In the teaser trailer, a haunting voiceover bellows:

“In a world on the brink of chaos. Where fear is the rule of the land. The voices of a generation have banded together to give our planet what it — baby drag queens.”

You can watch the trailer below.