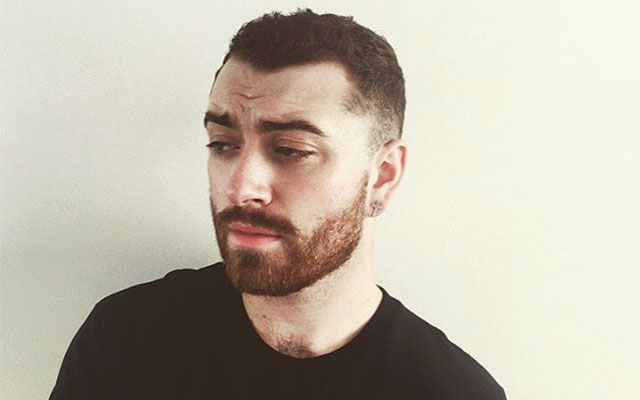 Sam Smith isn’t the only one who can serenade a group of gays. Vicky, a former member of the drag vocal group DWV, recently took the stage at The Abbey where she belted out “Boy is a Bottom” to the British superstar and the crowd went crazy.

That’s not all: While performing, Vicky grabbed Smith and shoved his face in her crotch rounding out his exciting Oscar weekend.

Smith seemed in good spirits while out and about on Sunday night following backlash after his Oscar’s acceptance speech where he misspoke about being the first openly gay man to win the award.

Since, many celebs have come to the crooners defense and congratulated Smith on his success for winning Best Original Song for Writing’s On the Wall from the James Bond film Spectre.

It’s ok, Sam. No one will love you like we can, just remember that. Watch him react to Vicky’s raunchy performance in the video below!