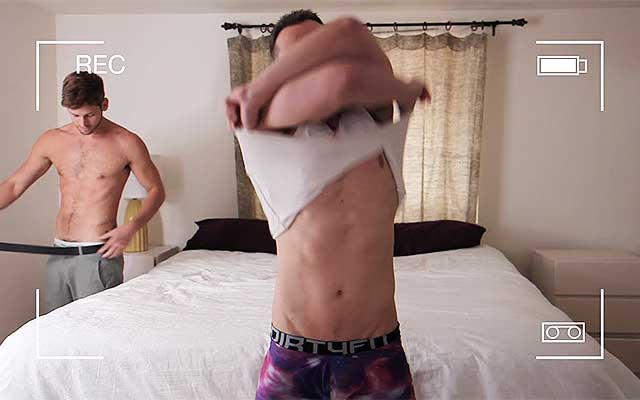 Davey Wavey convinced Max Emerson to hop in bed and do the horizontal bop on video, which we still haven’t seen. Before getting down to business, Davey and Max strip down to their boxers before climbing into bed.

In the video, Davey asks his viewers support him on his 545-mile AIDS/LifeCycle bike ride from San Francisco to Los Angeles. The event raises money and awareness for HIV and AIDS, so you can’t be that mad at him for baiting you into watching the video.

He set his fundraising goal at $20,000 and has currently raised $3,434. If you’d like to donate to Davey’s ride, click here. If enough people donate, maybe Davey Wavey will release the real footage of his romp with Max.