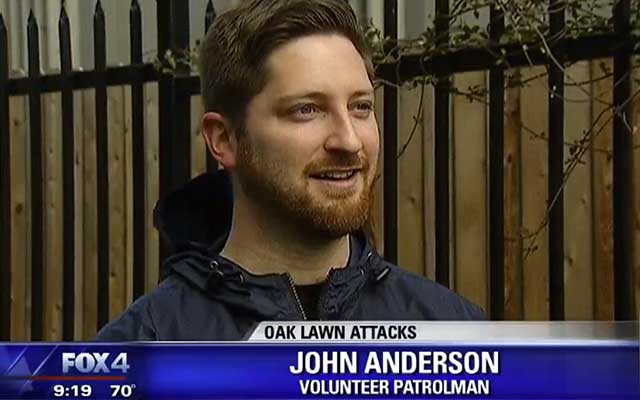 When the Dallas police couldn’t crack a series of hate crimes, locals took matters into their own fabulous hands.

Over the past six months, Dallas’ Oak Lawn, also known as the “gayborhood”, experienced an increase in LGBT-related hate crimes, which have unfortunately been unresolved. In an effort to assist the police in apprehending the culprits, a few locals decided to join the Dallas Police Department’s Volunteers in Patrol Program.

Trained to monitor and report irregular activity, the program has since seen some success. John Anderson, a local resident, was recently patrolling when he witnessed an attack possibly related to prior incidents.

“One guy had his shirt up trying to bait other guys to look at him, and when some guys walked by and looked at his body, they said, ‘What are you looking at, f*ggot?’” Anderson told KDFW-TV.

During the interaction, Anderson drove toward the individuals while shining his flashlight in an attempt to identify the men responsible. Although they ran, he was able to take a few photos, which he submitted to the police.

“We were really excited. We thought it might be a break in some of the other attacks … Hopefully, that will scare them from doing it again.” He added.

Anderson and a few other Dallas locals refuse to be silent victims, and we commend them for having the courage to take matters into their own hands. Watch KDFW’s report below.