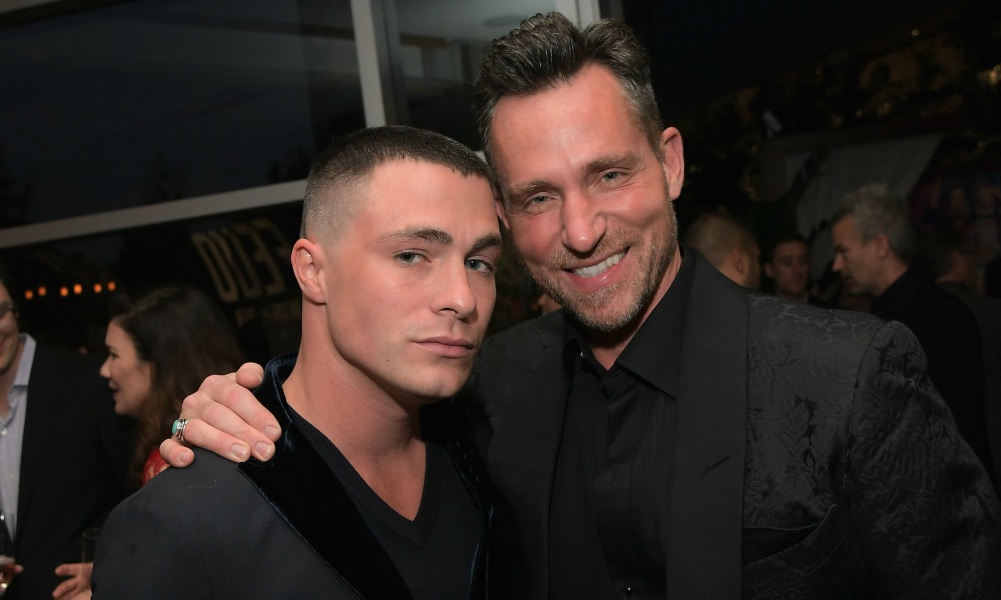 Apparently, the honeymoon period is over for Colton Haynes, 29, and Jeff Leatham, 46. According to several sources close to Haynes and Leatham, the couple has split after just six months of marriage.

“Jeff and Colton have been having relationship issues since a couple months after the wedding,” the insider revealed. “Since Colton stopped talking to a lot of his old friends, he was getting really depressed and didn’t feel like himself.”

The source adds that the Arrow actor recently partied with friends at a gay bar in Los Angeles and “told people that he was single.”

Haynes and Leatham married in October 2017 in a ceremony officiated by Kris Jenner at a Palm Springs hotel. Celebrity guests at the extravagant wedding also included Melanie Griffith, Sofia Vergara and Joe Manganiello, Lisa Rinna, Jesse Tyler Ferguson and Chelsea Clinton. Leatham proposed to Haynes in March 2017 with the help of Cher.

In recent weeks, the celebrity florist has been missing from Haynes’s Instagram, and Haynes recently deleted multiple photos with his husband. The pair also unfollowed each other on the social media platform.

On this day…many moons ago…I met the love of my life @jeffleatham in Paris…here's to love, laughter, & happily ever after 🙂 Happy Anniversary boo bah ❤❤❤

“On this day … many moons ago … I met the love of my life @jeffleatham in Paris…here’s to love, laughter, & happily ever after,” he wrote at the time. “Happy anniversary boo bah.”

My Beautiful Mother-In-Law is now dancing with Angels as Beautiful as she is ❤️❤️ – Her Fun Spirit and Lust for life was so inspiring. Dance away Beautiful Dana, Dance away, but know you are so very loved and will be missed everyday as we celebrate your life – ❤️ – Thank you for the gift of Beautiful Colton and his Brother and Sisters. I Love you ❤️

On May 3, Haynes, whose mother passed away from liver complications in March 2018, recently shared a preview of a song titled “Man It Sucks.”

Here’s are a few choice lyrics to chew on:

“Man it sucks / When someone figures out your games and don’t wanna play ‘em no more / We’re crying in our bed and making our way to the floor / Man it sucks,” he sings. “And I don’t like when you’re staying out all night and never answer your phone / I follow you around the world just to be left alone / And man it sucks.”