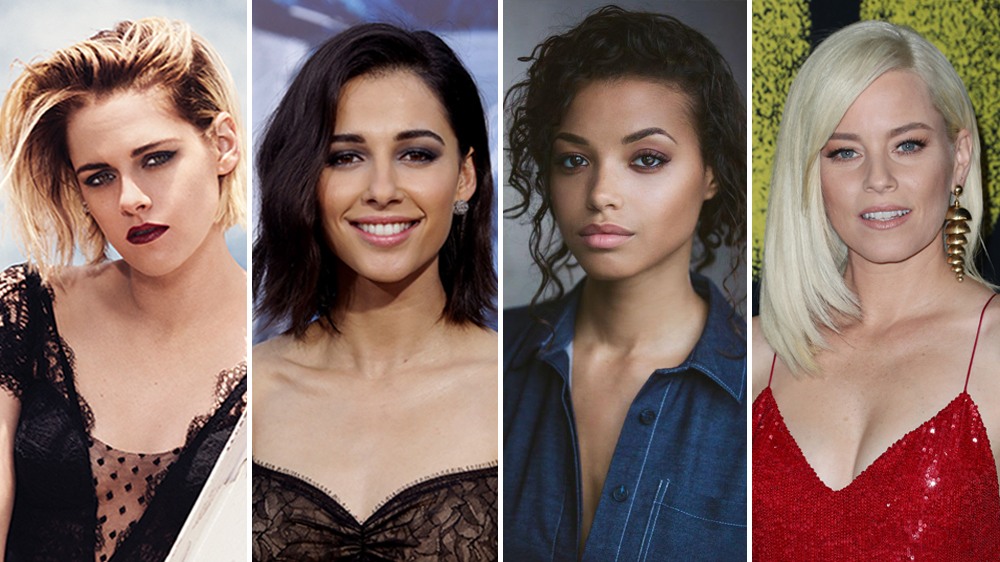 Sources tell Variety that Sony has set Kristen Stewart, Aladdin‘s Naomi Scott and Ella Balinska to star in its reboot of Charlie’s Angels. Banks will also be joining the trio as Bosley.

Variety first reported that Stewart was being eyed for one of the leads prior to the other two being tapped.

Scott is set to star in the upcoming live-action Aladdin, in which she plays Jasmine. The actress already had a rapport with Banks from working together on 2017’s Power Rangers. Scott starred as the Pink Ranger, with Banks as villain Rita Repulsa.

Balinska is a British actress best known for her work on Midsomer Murders.

The most recent draft of the script is written by Jay Basu and Banks, based on earlier drafts by Craig Mazin and Semi Chellas.

Banks will also produce with her producing partner Max Handelman under their Brownstone Productions banner. Doug Belgrad is also a producer and will co-finance through his 2.0 Entertainment. Elizabeth Cantillon will also produce.

The film will focus on the next generation of Angels working for the mysterious Charlie. Since the original films, the Townsend Agency has grown considerably and gone global, providing security and intelligence services to a wide variety of private clients with offices and highly-trained teams worldwide. This film focuses on one of those teams.

“Charlie’s Angels, for me, is one of the original brands to celebrate the empowered woman since its debut in the ’70s,” Banks said. “This film honors the legacy of Charles Townsend and his agency while introducing a new era of modern and global Angels. I couldn’t be more excited to work with Kristen, Naomi and Ella to bring this chapter to fans around the world.”

Charlie’s Angels first came to public attention during its five-season run on ABC from September 22, 1976 to June 24, 1981. It was later given the big screen treatment in 2000, with Cameron Diaz, Drew Barrymore and Lucy Liu playing the Angels. That film was a major hit, earning $264.1 million. A sequel, 2003’s Charlie’s Angels: Full Throttle disappointed at the domestic box office, but got a lift from overseas crowds, topping out at $259.2 million globally.

Banks and Handelman are represented by Untitled Entertainment, UTA and Ziffren Brittenham.