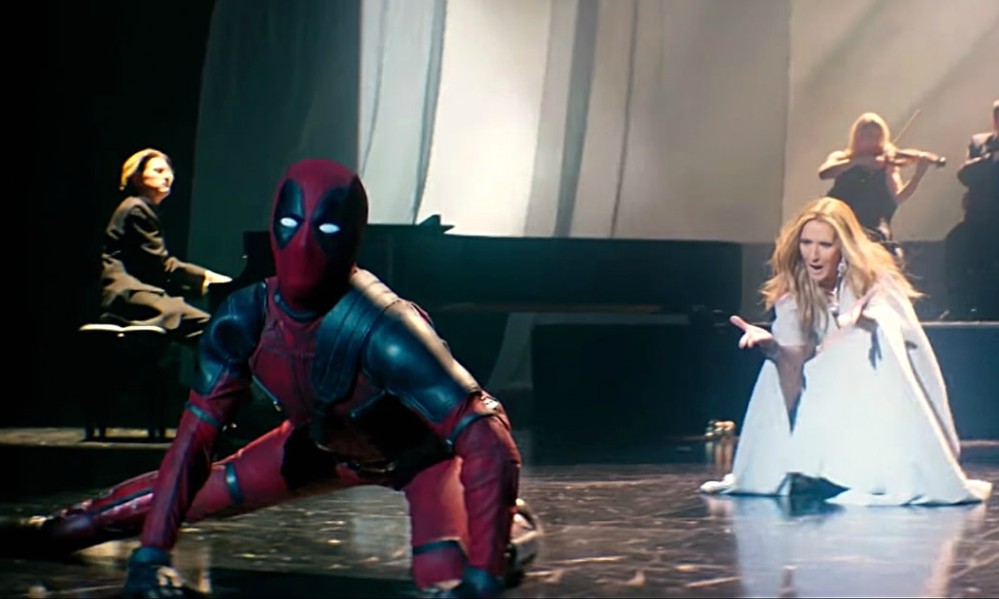 Yes, you read that right. Pop powerhouse Celine Dion joined forces with Ryan Reynolds as Deadpool for the music video of her new single “Ashes.”

The power ballad serves as the first track from the Deadpool 2: Original Motion Picture Soundtrack, which will be available on 18 May.

The smart video follows Celine performing the song at The Colosseum at Caesars Palace in Las Vegas with a string quartet. Meanwhile, the pansexual superhero dances to the emotional number in a pair of stilettos.

Then, at the end of the video, there’s a quick exchange between the duo that reminds everyone Celine is an “11.”

The full tracklist for Deadpool 2: Original Motion Picture Soundtrack is below:

The premise of the film sounds thrilling. The official synopsis reads: “After surviving a near fatal bovine attack, a disfigured cafeteria chef (Wade Wilson) struggles to fulfill his dream of becoming Miami’s hottest bartender, while also learning to cope with his lost sense of taste.”

“Searching to regain his spice for life, as well as a flux capacitor, Wade must battle ninjas, the yakuza, and a pack of sexually aggressive canines, as he journeys around the world to discover the importance of family, friendship, and flavor — finding a new taste for adventure and earning the coveted coffee mug title of World’s Best Lover.”

Deadpool 2 slams into theaters on May 15.