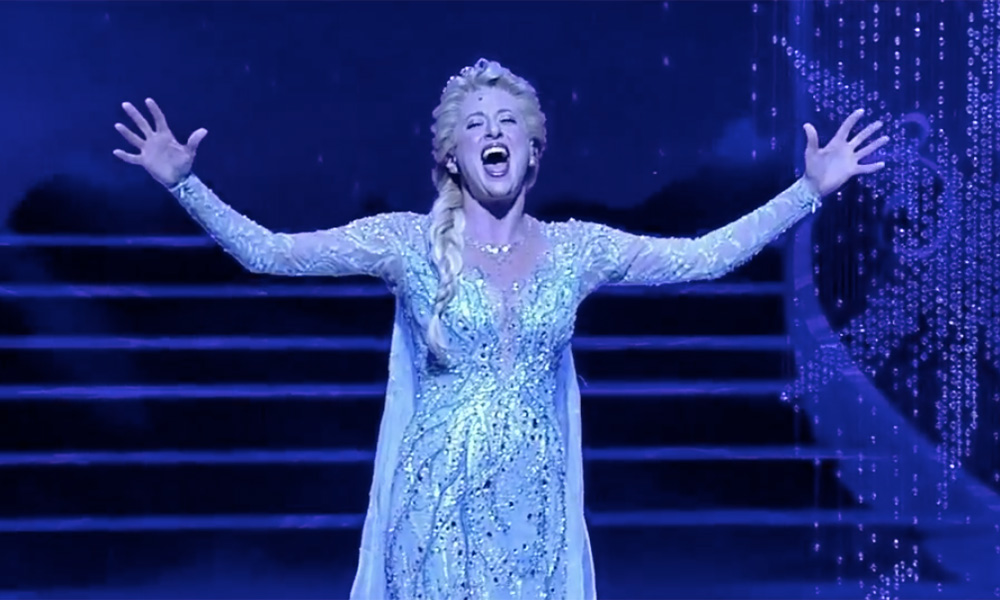 Caissie Levy performs “Let It Go” from Frozen the Broadway Musical live for the first time.

On May 31, Caissie Levy gave the world a breathtaking performance of “Let It Go” from Disney’s Frozen. Levy performed the Oscar-winning ballad on ABC’s The View on the heels of the full company’s performance of “For the First Time in Forever” on Good Morning America.

There was magic, there was fun! Watch us perform "For the First Time in Forever" for the first time on Good Morning America.

Written by Kristen Anderson-Lopez and Robert Lopez, “Let It Go” is officially part of Disney’s extended score for the Broadway musical adaptation of the eponymous animated film. Frozen the Broadway Musical has been nominated for three 2018 Tony Awards: Best Musical, Best Score, and Best Book of a Musical for Jennifer Lee.

Watch the Levy perform “Let It Go” below!

LET IT GO! See Frozen on Broadway's hit song performed on The View for the first time EVER on television — here's Caissie Levy with 'Let It Go': ❄️