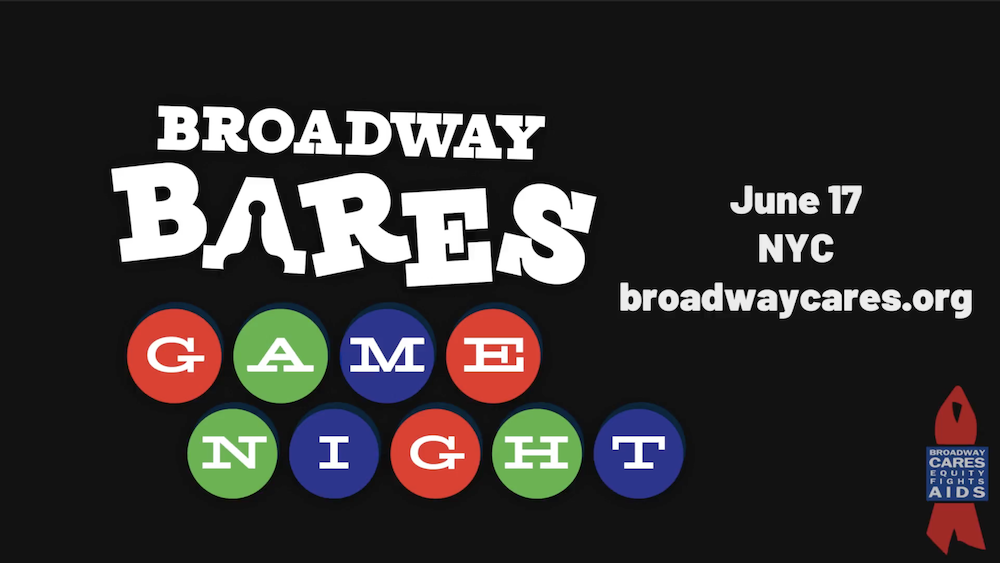 The hotties of Broadway prepare for Broadway Bares: Game Night.

A star-studded lineup of Broadway’s best will take part in a flirty evening of fun, games and unparalleled striptease at Broadway Bares: Game Night. This year’s event has two showings; one at 9:30 p.m. and a second run at midnight on Sunday, June 17, 2018. The evening is produced by and benefits Broadway Cares/Equity Fights AIDS.

Broadway Cares/Equity Fights AIDS is one of the nation’s leading industry-based, nonprofit AIDS fundraising and grant-making organizations.  The organization has raised over $300 million for essential services for people with AIDS and other critical illnesses. And the secret for success has been drawing upon the talents, resources and generosity of the American theatre community. Last year, the event’s 27th edition went back to school with unparalleled sexiness at Broadway Bares: Strip U, and raised $1,568,114. The 27 editions of Broadway Bares have raised more than $17.4 million for Broadway Cares/Equity Fights AIDS.

Broadway Bares was created in 1992 by Tony Award-winning director and choreographer Jerry Mitchell, then a Broadway dancer, as a way to raise awareness and money for those living with HIV/AIDS. Combining the sexy wink of classic burlesque with today’s favorite pop music, Broadway Bares: Game Night will put a seductive spin on games you know and love. From pinball to video games, don’t miss the titillating live show where anything can happen. 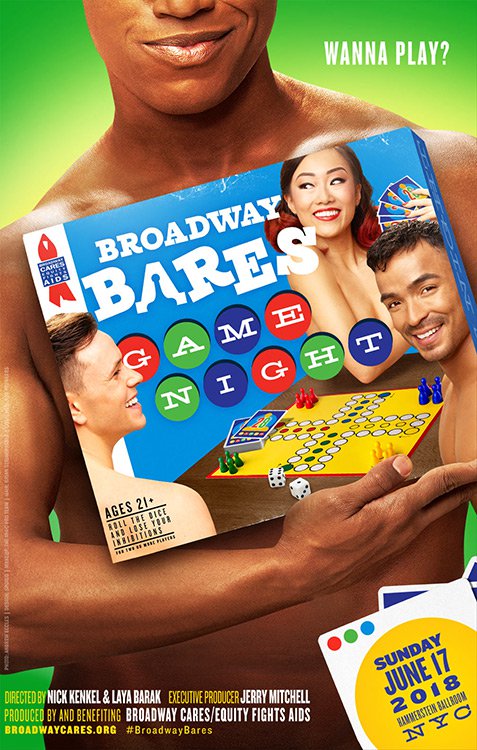 The show’s special guests will include Matt Bomer, Charlie Carver, Robin de Jesús, Andrew Rannells, Michael Benjamin Washington and Tuc Watkins from the critically acclaimed revival of The Boys in the Band.

Who will be making guest appearances in Broadway Bares?

Broadway Bares: Game Night is directed by Nick Kenkel, co-choreographer of the just-opened Half Time at Paper Mill Playhouse and director/choreographer of NBC’s upcoming The Voice residency in Las Vegas, and Laya Barak, an accomplished dancer and choreographer whose work has appeared in the last four editions of Broadway Bares. Aaron Hamilton serves as associate director.

Tickets for Broadway Bares: Game Night range from $65 to $3,000. VIP tickets include unlimited specialty cocktails and exclusive seating. Only a limited amount of tickets remain. Best availability is for the midnight performance. Ticket details are at broadwaycares.org. For other information and merchandise, visit broadwaybares.com.