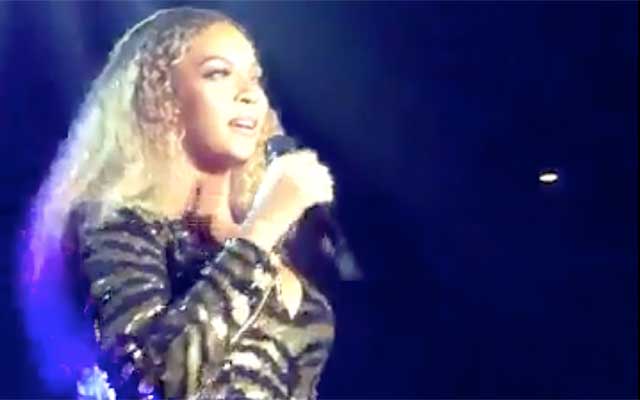 You have to see it to beylieve it. Last weekend, Beyoncé attended the Center for Early Education Gala where she performed a rousing rendition of “I Will Always Love You” in the style of the late, great Whitney Houston.

This isn’t the first time the pop-star has performed as another diva. ‘Yoncé previously belted out Etta James’ At Last after portraying the singer in the film Cadillac Records, as well as “Proud Mary” alongside Tina Turner herself. Oh, and who can forget when Bey serenaded Barbra Streisand with “The Way We Were.”

Beyoncé Sings ‘I Will Always Love You’Whitney Houston would be proud!

A video of the full performance hasn’t surfaced yet, but from those 15-seconds, we can tell she slayed! Do you think Whitney would be proud?