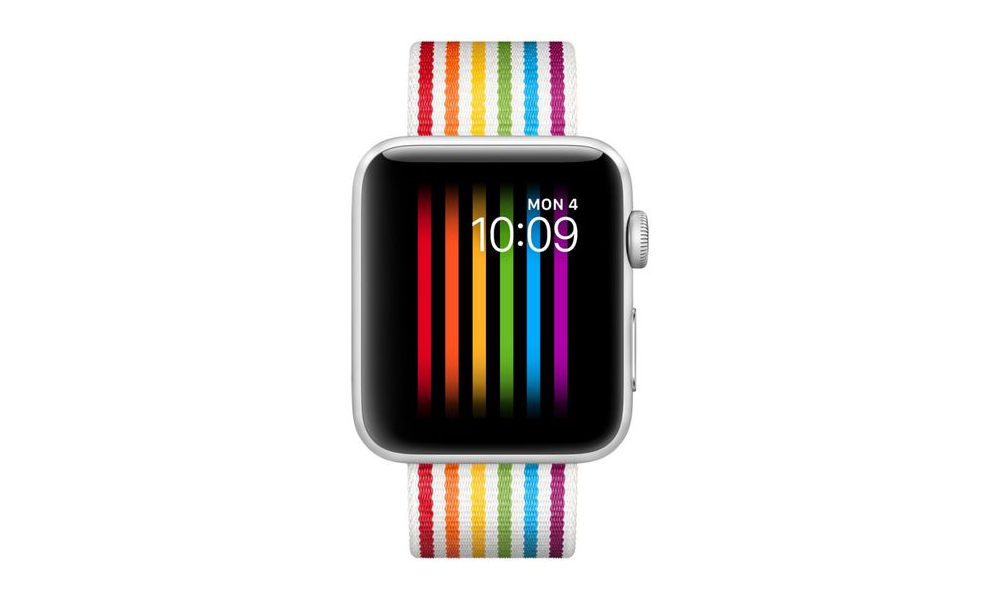 Apple Bans the Rainbow Watch Face From Appearing in Russia

iOS developer Guilherme Rambo tweeted a screenshot of the code that prevents any Apple Watch in Russia from being able to use the rainbow watch face.

Furthermore, the rainbow-patterned Apple Watch band is also not available in Russia. Instead, Russian stores carry a band with blue and green stripes.

Unfortunately, Russians can’t just adjust their location in the settings to display the option. The code blocks the design at the device level, so any Apple Watch in Russia is restricted, even if the wearer visits another country. Additionally, if you purchased your Apple Watch in a different country and changed your regional settings to Russia, it would remove the rainbow Pride watch face from your device.

Questions about the rainbow watch face surfaced on Reddit and Apple’s support forums following the company’s announcement of the display. On Russian devices, the Pride watch face doesn’t appear among the other options. While it’s believed that the replacement of the rainbow watch face is due to the Russian embargo on “gay propaganda,” it’s unclear whether or not the Russian government ordered the tech giant to eliminate it or if Apple removed the Pride design preemptively.

Apple Bans the Rainbow Watch Face From Appearing in Russia