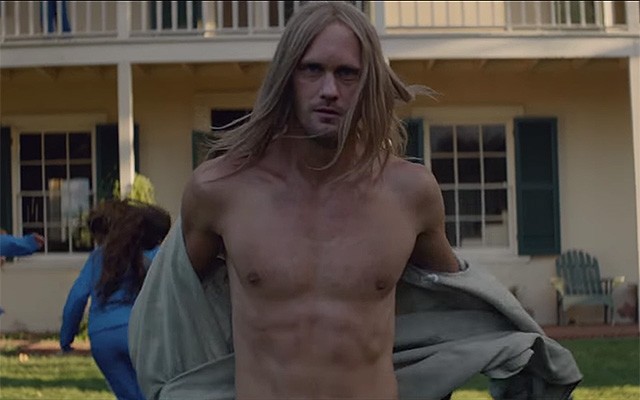 Did you know Alexander Skarsgård was taking on Tarzan? Neither did we!

No, the photo above isn’t a still from the new Tarzan movie, it’s actually a screen grab from Cut Copy’s “Free Your Mind” music video, but he could definitely play the part! The 39-year-old actor is set to star in a live action re-telling of the Edgar Rice Burroughs’s most famous tale.

Margot Robbie and Christopher Waltz are scheduled to join Skarsgård, but sources say the film might be pushed back indefinitely due to various production problems.

We’re sad we may not be seeing Skarsgård swing into theaters anytime soon, but we can keep an eye out for the film’s tentative July 2016 release.