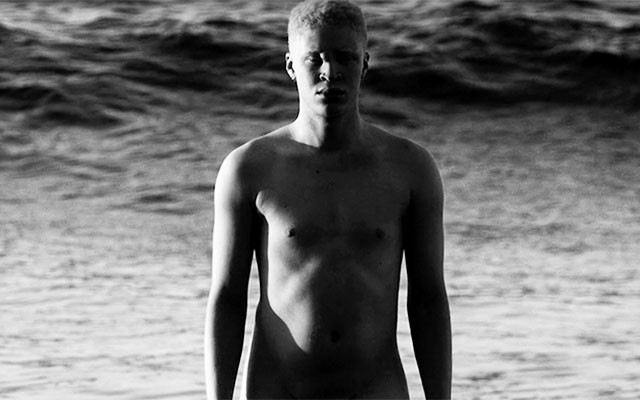 When Shaun Ross was young, kids bullied him incessantly. Ross experienced discrimination for being albino; his tormentors called him “powder”, “Casper” and “white-out.” Today, he’s elite male model. Obviously, he had the last laugh.

And, after appearing in a recent music video, he’s probably still laughing.

Ross starred in a music video for a new song by Braves, a Los Angeles-based band. The song is titled “Dust” and it consists of one long slow-motion shot of Ross strutting out of the surf in the buff.

Towards the end of the video, the frame dips to reveal quite possibly the largest peen we’ve seen this year. Now, the rumor is that Ross wore a prosthetic for this scene. You be the judge; click the link below to watch the video.