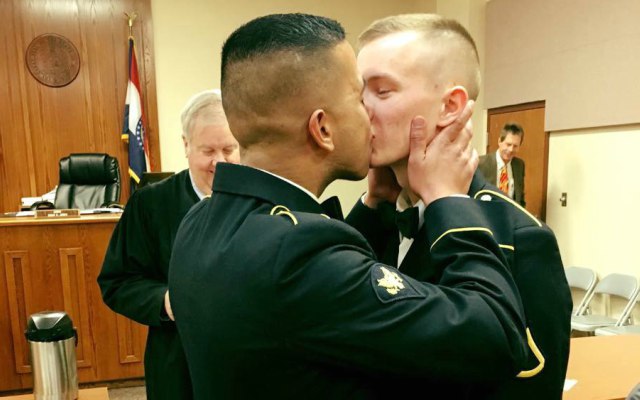 Spc. Shane Adriano and his husband Pfc. Tristian Resz shared a moment after getting married in Greene County, Mo., and it was adorable.

The couple married on February 11, and a photo of the smooch became a viral hit after the American Military Partner Association posted the photo on Facebook.

Posted by The American Military Partner Association on Thursday, February 11, 2016

A few hours after the wedding, the photo had been shared more than 1,200 times. According to LGBTQNation, the post received some negative comments, but for the most part, the response was positive.

Congratulations, Shane and Tristian! We appreciate your service and wish you many years of happiness.