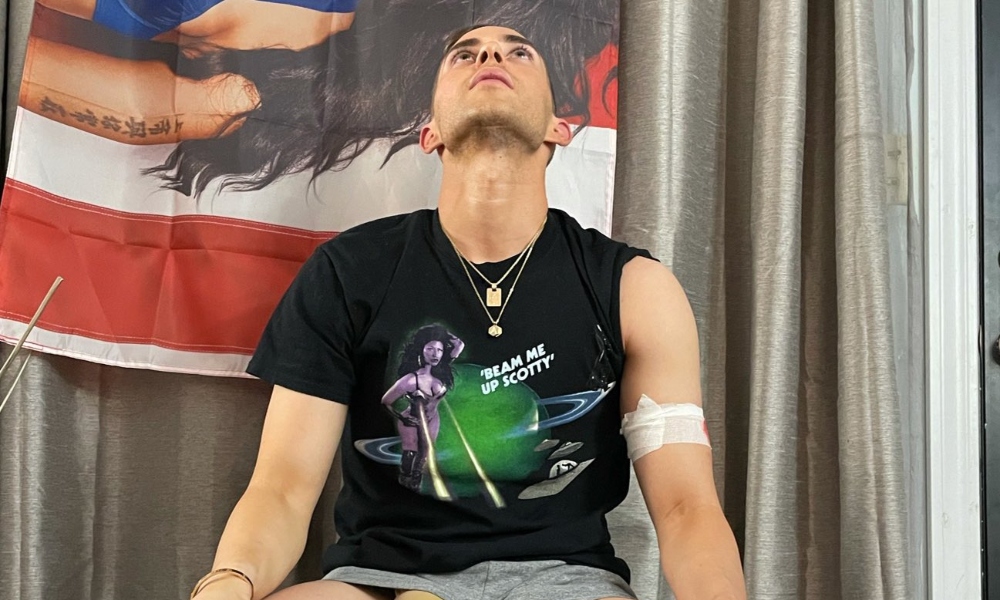 Nicki Minaj inspired former USA figure skater Adam Rippon to create a hilarious Halloween costume for the second year in a row. Last year, Rippon based his costume on his interpretation of a “WAP” (Wet Ass P****), following Minaj’s hit track with Cardi B.

On October 21, the Olympic medalist shared photos of himself on Instagram and Twitter, rocking a bloodstained bandage wrapped around his humerus and a hysterically huge set of balls paired with a vaccine card.

A now-infamous Minaj Tweet from September inspired Rippon’s outfit. Minaj explained why she could not attend the Met Gala because the organizers insisted that all attendees be vaccinated in the tweet.

Minaj rejected the invitation to attend, saying, “My cousin in Trinidad won’t get the vaccine cuz his friend got it & became impotent. His testicles became swollen. His friend was weeks away from getting married, now the girl called off the wedding. So just pray on it & make sure you’re comfortable with ur decision, not bullied.”

Fact-checkers immediately went to work to determine whether anyone reported swelling down their following vaccination in Trinidad. In addition, Terrence Deyalsingh, the country’s health minister, publicly criticized Minaj’s comments as incorrect and misleading.