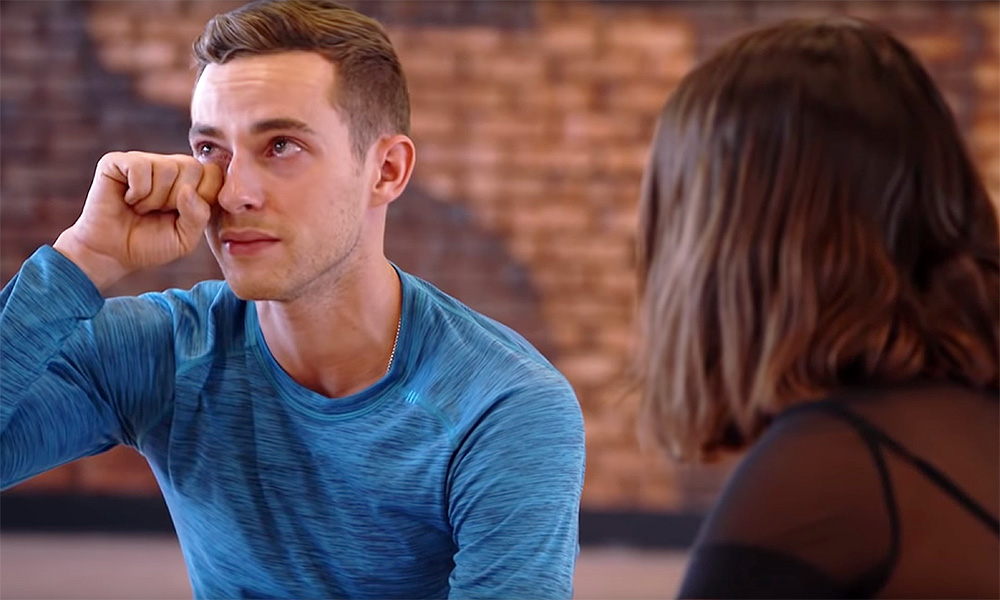 Adam Rippon became emotional after opening up about coming out to his mom.

In our book, Adam Rippon is already the winner of Dancing with the Stars. The 28-year-old figure skater/gay icon won us over after he competed at the Winter Olympics in PyeongChang. While his performances were remarkable, we were more impressed by his outspoken approach to addressing politics.

With the Olympics behind him, Rippon is set to conquer DWTS, and everyone and their mom is dazzled by his athleticism and talent.

Speaking of moms, on the most recent episode of DWTS, Rippon opened up to his dance partner Jenna Johnson about his coming out experience. He went on to explain why his mom is his “MVP.”

I’m so grateful to have this moment last night with @dance10jenna. This song brings back so many memories from the Olympics and now this dance is included ❤️? @dancingabc

“I don’t think I’ve ever met anybody who’s as smart, as selfless, and as kind as my mom. But it’s hard when your mom is a single mother of six kids, and my mom sacrificed a lot for me to get to the rink,” he said.

“She was working a lot because she was paying for my skating. She was tough as hell on me, and she pushed me really hard, but she was always supportive.”

His mom Kelly, who attends his rehearsals, said: “There’s so much to be proud of with Adam. I’m so grateful to be his mom.”

On the same episode, Rippon performed a contemporary dance to Coldplay’s “O”, the song which he skated to during his Winter Olympic performance that earned him a bronze medal. He dedicated the performance to his mom.

So excited to dance tonight. I love you, @dance10jenna ❤️

The stunning routine earned Rippon and partnerJohnson an impressive 39 points out of 40, the highest score of the season, securing them a spot in the top three for next week’s finale.

Editor’s Note: This post originally contained a preview of the documentary which is no longer available and has been removed.