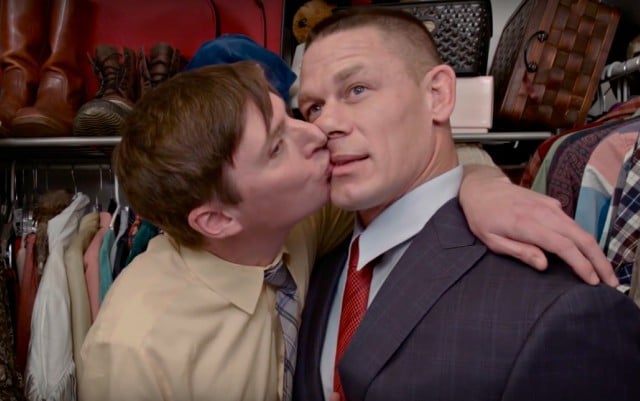 Wrestler/actor John Cena took the silver screen by storm this year with appearances in multiple films. Of course, our favorite is Cena’s work in Amy Schumer’s Trainwreck — his bouncy bulge stole the show.

The 38-year-old entertainer joined former SNL writer and cast member Mike O’Brien for his web series 7 Minutes in Heaven. During their time in the closet, Cena and O’Brien’s bromance blossomed and they eventually locked lips. Watch the video below!