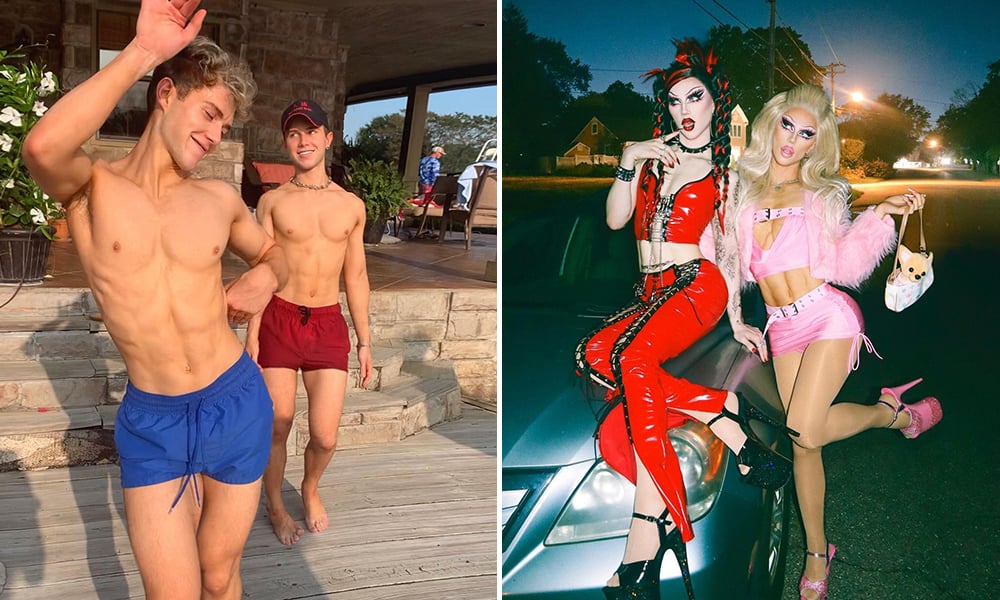 12 Times the Coyle Twins Stunned Us With Drag Transformations

Sugar, Spice, And Everything Nice.

Meet Luca and Cooper Coyle, aka Sugar and Spice. They are the 23-year-old identical twins taking over TikTok and the world of drag with their amazing drag transformations. The Coyle twins grew up in Long Island, New York, and moved to Los Angeles earlier this year. Since they were kids, both Luca and Cooper seemed destined to love drag. They even started by giving their dolls make-overs and photoshoots.

Before skyrocketing to fame on TikTok and Instagram, the twins made a name for themselves on Vine, followed by YouTube. They made videos wearing their sister’s clothes, dressing their straight brother in drag, and telling heartfelt stories about coming out.

Becoming Your Best Self

With over 7 million followers on TikTok, the twins have developed quite a reputation. They use their platform to showcase their make-up artistry, brotherly love, and most famously their drag transformations. Out of all of their videos, one of the most popular series is “Twin Style Battle”. They show off their hair, makeup, or styled outfits and then let their fans decide which twin did it better. Probably like their parents, we can’t pick a favorite; they tie for first.

Outside of drag, the twins sport men’s fashion from the late ’90s and early 2000s. They’ll wear baggy pants, crop tops, messenger bags, and Ed Hardy and Von Dutch brands. You can see their Y2K era obsession spill over into their drag looks too. Cooper Coyle, aka Sugar, says it’s not the makeup that gives you the confidence to be your best self. That person is always there; sometimes, they just need to be awoken.

Follow Sugar and Spice on TikTok and Luca & Cooper on Instagram. Without any further ado, let’s get into the transformations.

4. From Homophobes to Drag Queens

7. From Jocks to Frocks

8. From Drag Racing to Drag Race

9. Strike That, Reverse It

12. One More Time, With Disney

12 Times the Coyle Twins Stunned Us With Drag Transformations