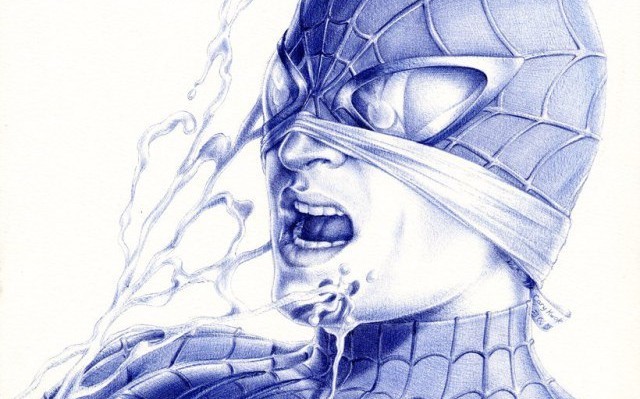 Cary Kwok is a British-Chinese artist who loves to draw the male form, especially the fun parts. If you’re going to shave your hair down there, he calls dibs. As a gay man, Kwok’s fascination with the male form is understandable, but some of his artwork takes it to the next level.

In an interview with Dazed,  Kwok explained his love for the male form:

“The male body is just fascinating. So is the female form but in a different way. 50 per cent of my work is male … the other 50 per cent is women in period fashions. I guess mainly because I’m … attracted to men.”

When asked why Kwok wanted your pubic hair, he replied:

“I’m making a series of small drawings … and I was thinking of incorporating pubic hair in the drawings. I’ve been playing around with it and I now realize [its] too short for what I’m trying to achieve so I decide to use head hair instead.”