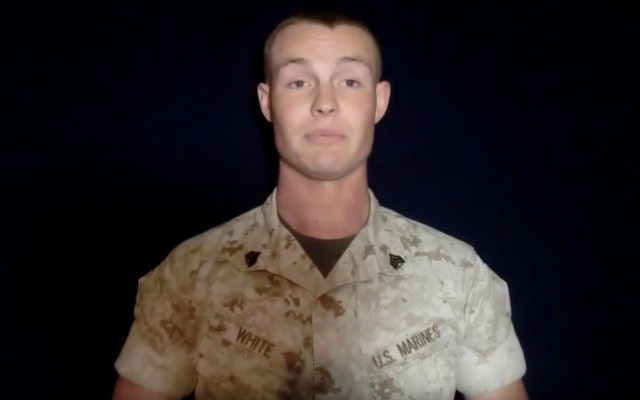 “This video is for the all-American boy, Steve Grand. Steve, you are an amazing singer. I’ve seen some of your blog videos and they were awesome. I would like for you to go with me to the 2015 Marine Corps ball in Wilmington, North Carolina as my date. Hopefully, you say “yes.” If not, it was worth a shot.”

We have to hand it to him, he knows what he wants and there’s nothing sexier than a man willing to ask for it.

If Steve turns you down, we have a few guys in the office who would be more than willing to go down south for you. Good luck, Tanner!