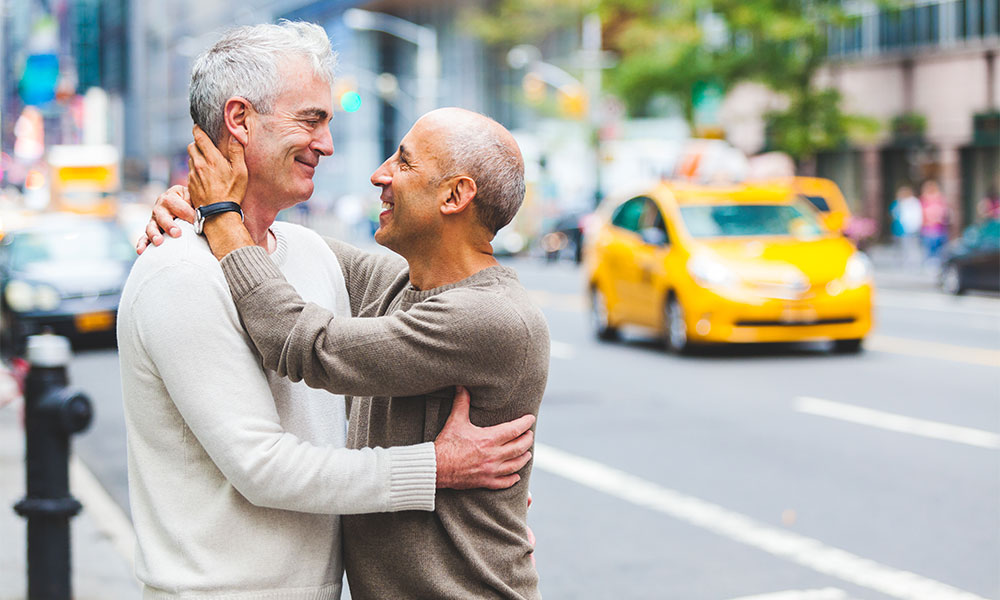 This is what a 59-year-old black gay activist in Los Angeles told me of his views on same-sex marriage. He is typical of many older gay men who are bemused by the younger generation’s desire for marriage, reflecting the radically different experiences of those who grew up in far more restrictive and intolerant decades.

We know that generally older Australians are less supportive of same-sex marriage. In 2013, I interviewed a small international sample of men as part of my research on sexuality and aging. Most of the men over 50 were dubious, if not opposed, to gay marriage, while most of those under 30 were supportive. While these results may not apply directly to Australia in 2017, they are indicative of a generational divide between young and old gay men.

These older men have largely remained silent in the current same-sex marriage debate. I suspect this is because they do not want to be accused of betraying their own kind or exhibiting “internalized homophobia”, which for decades has been the accusation hurled at gay people who do not conform to the prescribed norms of the sub-culture.

It is vital that we listen to their perspectives, because older gay men are an already marginalised group, experiencing greater financial and social insecurity than younger men. We must ensure that same-sex marriage should it be legalized does not further sideline their experiences.

Rebels with a cause

One aspect of same-sex marriage that could confuse older gay men, and possibly also lesbians, is that it is at odds with beliefs they might have formed when they were young. In the early 1970s, feminists and gay liberationists asked their followers to think about how to liberate their own needs from the constraints of family, and experiment with alternative forms of intimate relationships, very different to the idea of nuclear family: heterosexual married parents with biological children.

In the early days, these relationships were as simple as two men regarding themselves as an item. The acknowledgement of friends, and sometimes siblings and parents, was enough public acceptance. Often these men would live separately but share a bed, kitchen and living room when it suited, a relationship that sociologists call “living apart together”.

By the late 1990s, these relationships had developed to include informal “families” that could include former boyfriends or girlfriends, supportive siblings and children from former heterosexual relationships. Children from surrogacy or informal insemination between gays and lesbians became more common in the early 2000s.

North American sociologist Martha Fowlkes called these gay rebels “marriage non-conformists”. Others argued that the push for same-sex marriage is having a “mainstreaming” effect on gays and lesbians, that is, that they are being turned into “pseudo straights”.

The appeal of marriage

Gay marriage would suit propertied gays and social conservatives who want the security of marriage for their relationships. It would also suit gay religious observers who want to make peace with their church and vicar or synagogue and Rabbi and be accepted by them. Maintaining gay relationships without church or state sanction takes courage and perseverance.

Marriage and children may appeal to young gay men because the alternative is to place their trust in community organizations and the social practices of the gay world. These are not always uniform or supportive. For example, I have argued that bars and clubs are the only safe space for gay men to congregate and socialize in large numbers. Many of the young men I spoke to, however, complained of the impoverished relationships gay men formed there.

Parental approval can matter as much for young gays as it does for young straights and anecdotal evidence I heard while interviewing gay men of all ages suggested that for some young gay men marriage would ensure their parents’ approval. 22-year-old Zane (pseudonym) from Melbourne wanted to mimic his parents’ successful marriage of 30 years:

I want to have a really hetero life and … have children and … build a family and those kind of things with my partner and look forward to doing that … and I’d love to … grow old with someone.

He justified his views as a more wholesome lifestyle than he had observed in clubs and bars where in his view drug taking and casual sex were commonplace.

Others spoke of benefits relating to property and estate planning. Garth (psuedonym) a 23-year-old university student from Melbourne, told me,

I can see like the benefits for like tax purposes and division of estate and stuff if someone dies so that makes it completely understandable as to why you would want to [get married].

Other research shows that young gay men under 30 almost uniformly support gay marriage as a right or because, like their straight brothers and sisters, they want to mark and celebrate the success of their relationship achievement.

It is not clear what effect same-sex marriage would have on gay people and the gay world. My suspicion is that its effect would be conservative. This could explain why it has the support of some religious figures and conservative commentators. Prime minister Malcolm Turnbull said many people would vote for same-sex marriage because “they believe the right to marry is a conservative ideal as much as any other conservative principle”.

Should same-sex marriage be approved, the fear among radical queers is that it would become the gold standard for same-sex relationships and other relationship styles would be regarded as less worthy.

This is about more than marriage. My latest research shows that gay men aged 60 and over had a strong propensity not to stop working after retirement and to have poorly planned superannuation. These men told me they used work to keep retirement boredom at bay. Poorly-planned super is also a feature of Baby Boomers and of some men living with HIV.

I interviewed four older men living with HIV. Two had made careful plans for their old age while the other two had not, saying that because of their HIV they had not expected to live to old age. In contrast, many young gay men knew about and were interested in old-age planning.

Because gay social spaces and practices valorize youthfulness, they can serve to propagate ageist beliefs. Some young gay men I interviewed said that older gays were only permitted to share their social spaces if they were youthful. Some also said gay men of the Baby Boomer generation had brought HIV/AIDS on themselves.

Others however lamented the absence of non-sexualized social settings where different generations could socialize and exchange experiences.

If more young gay men embrace a “pseudo straight” identity through marriage and children, it is likely older men will continue to be marginalized along with their views and beliefs about relationships and family. It is refreshing to know, however, that some young gays have a real interest in speaking to and learning from older gays and their lived experience.

Peter Robinson is a Senior lecturer in History and Sociology at the Swinburne University of Technology.