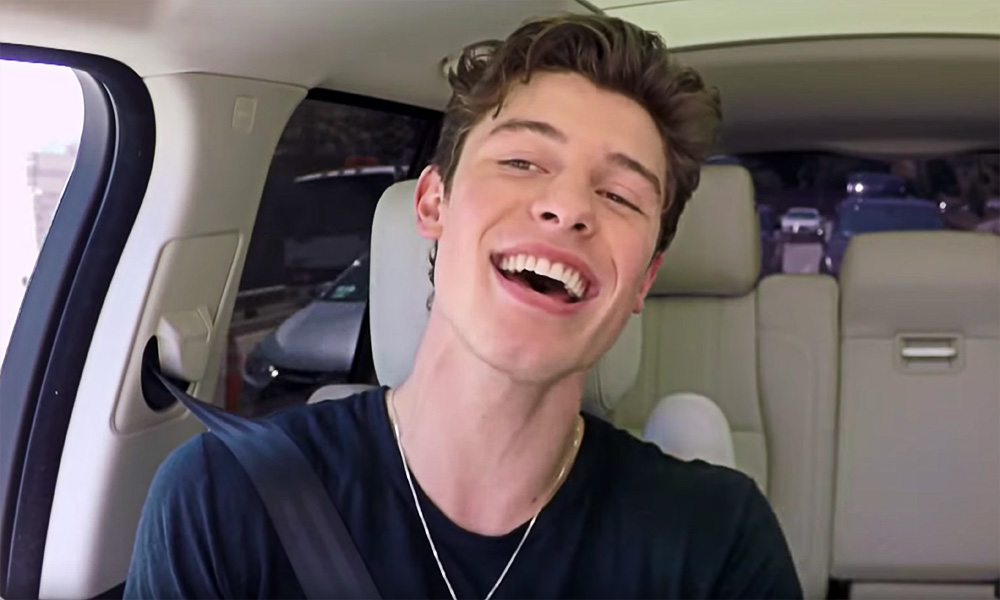 Shawn Mendes recently appeared alongside comic James Corden for “Carpool Karaoke” on The Late Late Show. In the episode, the 19-year-old crooner opened up about some fascinating aspects of his personality and life.

Mendes revealed he purchased a home and is on his own. “I have my own place finally, which at first sucked because cooking for yourself and cleaning your house — it just sucks, until it’s actually kind of nice,” Mendes explained. “There’s something kind of nice about it.”

Corden quipped back in disbelief, “You don’t clean your own house.”

Mendes then admitted that his mom helps him with housework., including laundry.

Related | Justin Bieber Takes Us on a Tour of His Tattoos

“You know Justin Bieber just wears a new pair of underpants every day,” Corden told Mendes who seemed inspired by the “genius” idea. “I think he then sells them online … it’s a complete 360. Everybody’s happy.”

“I’d buy them,” Mendes admitted matter-of-factly. “I’d probably cap it at, like, $500. Which is still a lot of money.” Yep. You read that right. Mendes is willing to pay a bundle for a pair of Bieber’s dirty undies.

Corden then asked, “How much would you pay for a pair of my underpants?”

“I wouldn’t,” Mendes replied quickly. “I’d pay not to have a pair of your underpants. I would pay for them to be as far away from me as possible. Over $500.”

Watch Mendes on “Carpool Karaoke” below.

There's nothing holding you back from Shawn Mendes Carpool Karaoke!

Posted by The Late Late Show with James Corden on Monday, June 4, 2018