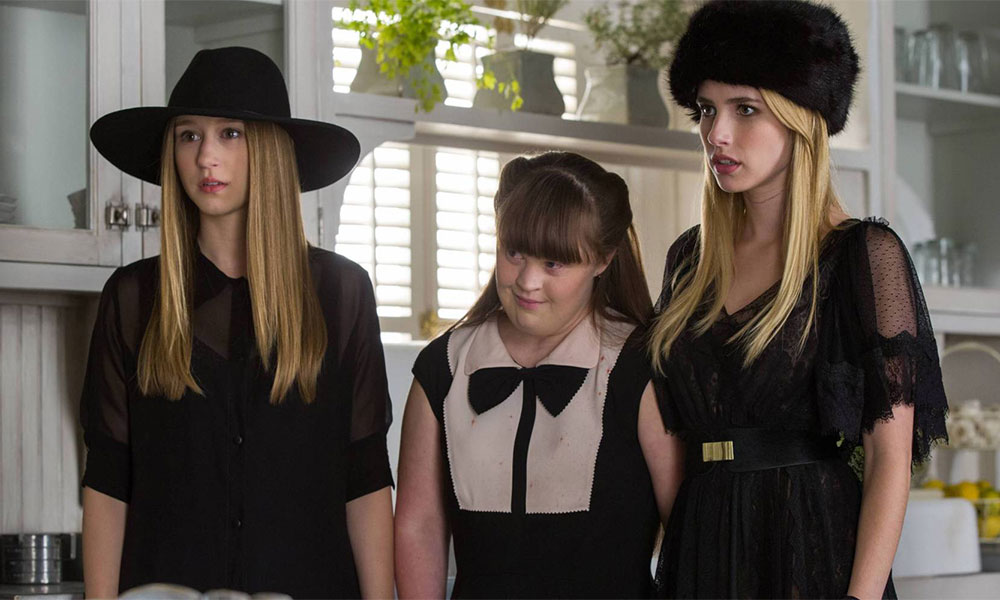 Ryan Murphy Confirms the Coven Will Return to ‘AHS’

This coven doesn’t need a new supreme; it needs a new season.

Surprise, b*tch! Your favorite witches from American Horror Story season three and eight will return for another round. Ryan Murphy isn’t done with his force of sorcerers just yet.

On Tuesday, the A-list producer was honored with a star on the Hollywood Walk of Fame. During an interview with Entertainment Tonight, he dropped some clues about the future of the horror franchise.

“The witches will be back,” Murphy told ET, referring to characters played by Sarah Paulson, Emma Roberts, Taissa Farmiga, Frances Conroy, Gabourey Sidibe, and Lily Rabe. the characters made their first appearance in American Horror Story‘s third season, Coven, and again in the most recent eighth season, Apocalypse.

“Not next season,” Murphy added promptly. “But we have something really fun planned.”

As for the upcoming season of AHS, Murphy stayed tight-lipped about the possible plot. He confirmed that they have a story outlined and he would reveal the unannounced cast soon.

“I can’t say what it is! I’m going to this luncheon, and many of the American Horror Story actors are there, and I’m gonna tell them for the first time,” Murphy explained. “So I have to tell them first.”

Ryan Murphy Confirms the Coven Will Return to ‘AHS’