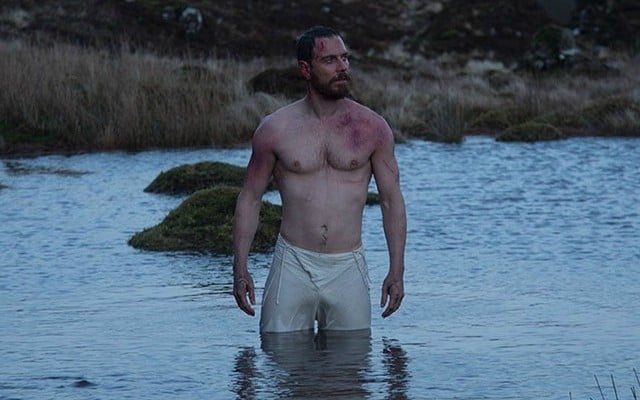 Really, we wonder if Michael Fassbender is upset his meat keeps stealing the spotlight?Thanks to a few new stills for Fassbender’s upcoming role in Macbeth we are able to make out his member — let’s just say, he could fass-bend-us-over. anytime.  This isn’t the first time we’ve seen his not so little man make an appearance, and we hope it won’t be the last. Keep an eye out for Macbeth in theaters this December.

In response to the film, Fassbender said:

“Each day when I finished work I was like, ‘God, there’s 1,000 other ways to do that scene.’ It’s never ending. It’s kind of depressing. And it’s so uplifting as well at the same time. And I think that’s why it’s still around… This idea that [Macbeth is] suffering heavily from post-traumatic stress disorder was something that never occurred to me, until Justin said it to me, and then I was like, ‘Of course, this is, like, everything.’ ”