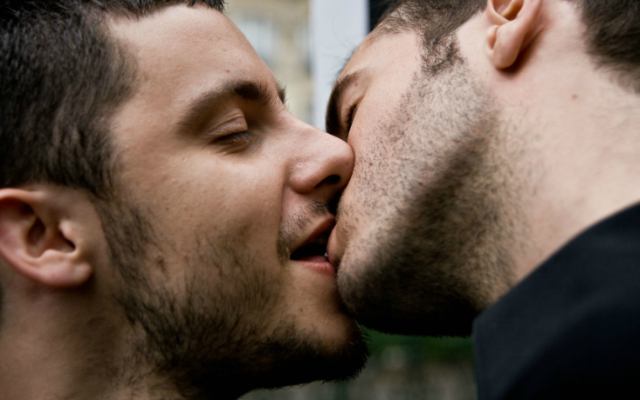 Casual sex isn’t new. Men have been having it behind bushes, brothels and saunas since the invention of the towel. But in the digital age, hookup apps have made it impossible to escape.

As a kid from the south, I never had a “hidden park” to go to. I mean, I’m sure there were plenty but the last thing any of us wanted was to be seen within a mile of a cruising area. But thanks to smart phones, the park can come to you — anonymously. It seemed like a good idea in theory, but have we become victims of our own success?

Quitting Grindr is like quitting any other addiction. First, we need to understand that, yes, we do have a problem and more often than not it has nothing to do with sex, but rather the hunt for sex.

Figure out what you’re hunting.

For most of us, we’re addicted to the hunt — not the sex. For men, hunting is instinctual. It’s a very good trait that at one point in our history was beneficial. We hunted for food, shelter, and sex (at the time it was to produce offspring, which was nice). But nowadays, we tend to trigger our “hunting” instincts for things that have zero benefit to us, henceforth wasting our time.

While there are plenty of sex addicts on Grindr, we must take a step back and ask ourselves what exactly we’re “hunting” for: Is it sex? Friendship? Attention? Networks? Parties? Whatever it is, I guarantee you we’re hunting for something. The first step in quitting Grindr is figuring out why you’re on the prowl.

Learn how to connect in real life again.

Here’s how your brain works: We train it to think based on the habits we create. Meaning, when you’re on Grindr your brain’s craving sex. The more you’re on it, the more you make sex part of your brain’s default mode — eventually, it starts thinking about sex without permission. At the same time, while our brain thinks more about sex, it starts to focus less on real connections.

Related: When You Realize Your Grindr Date is Your Twin

In other words, we teach our brains to emotionally desensitize itself from the world (but only if we let it). We enslave ourselves inside a sex-obsessed world when we’re on Grindr all day, so if we put the phone down slowly and wiggle our way back to the world of humans, we might have a chance. Let’s go out and be social without whipping our phones out.