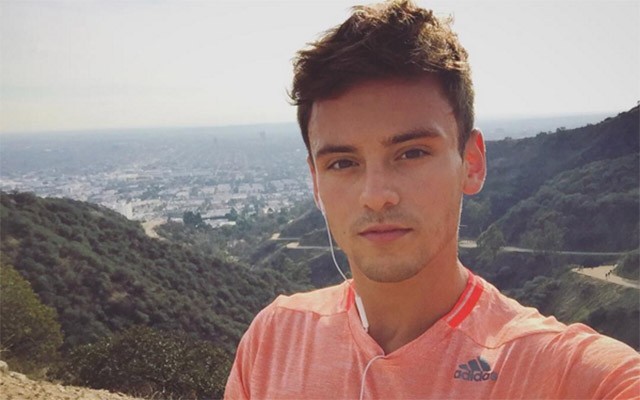 Here’s another dose of Daley for you. While decorating his Christmas tree, Dustin Lance Black decided to snap a photo of Daley putting a star atop their tree. Innocent enough, right?

Well … some fans are freaking out about the caption, which seems to imply that Daley’s a top. The emoji “Top” is joined with five other emojis emojis: a monkey, star, Christmas tree, the Union Jack and an American flag.

We see why people are getting excited, but by that reasoning, if we translate the emojis, Daley would be in Britain, topping an American monkey, under the stars, next to a Christmas tree … and that doesn’t seem reasonable. No. Everyone knows monkeys hate the smell of Christmas trees. Come on, guys.

In all seriousness, we need photographic evidence before we could be sure. So, fingers crossed for another Dustin Lance Black home video.