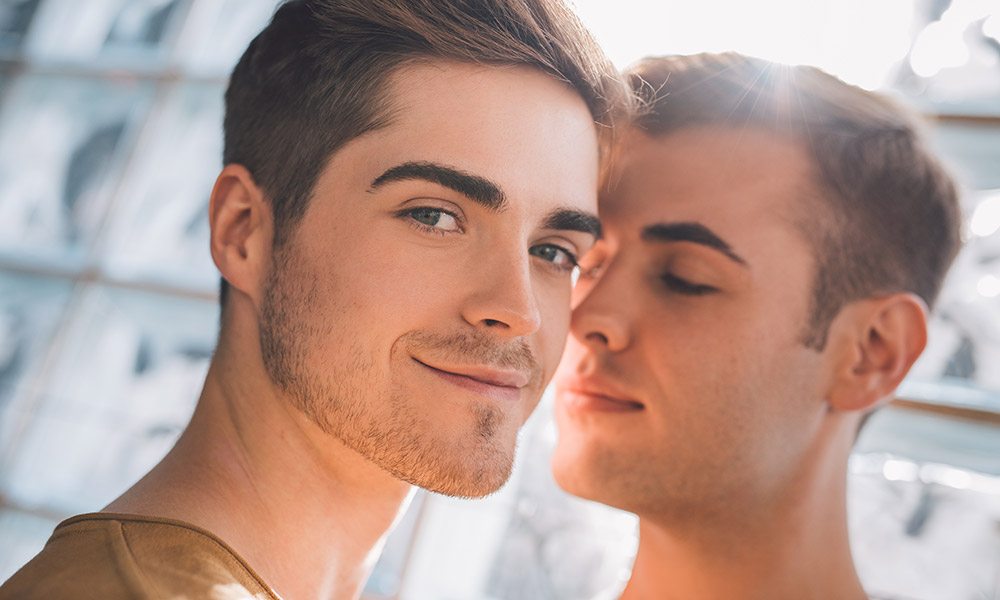 With Trump’s removal of federal protections for transgender students, debate over LGBTQ rights rage again across the U.S.

Despite these disagreements, Americans are relatively liberal compared to countries across the world, where the consequences for gay or transgender citizens are far more dire.

In Europe and here in the Americas, only a minority of people believe that homosexuality is never justified. The percentage increases in places like Russia, India and China. In Africa, the Middle East and parts of Southeast Asia, attitudes become even more conservative.

Why are there such big differences in public opinion about homosexuality? My book, “Cross-National Public Opinion about Homosexuality,” shows that a key part of the answer comes in understanding how national characteristics shape individuals’ attitudes.

Within countries, a similar set of demographic characteristics tend to influence how people feel about homosexuality. For example, women tend to be more liberal than men. Older people tend to be more conservative than younger ones. Muslims are more likely to disapprove of homosexuality than Catholics, Jews and mainline Protestants.

Just like people, countries too have particular characteristics that can sway residents’ attitudes about homosexuality. I have analyzed data from over 80 nations from the last three waves of the World Values Survey, the oldest noncommercial, cross-national examination of individuals’ attitudes, values and beliefs over time. It is the only academic survey to include people from both very rich and poor countries, in all of the world’s major cultural zones. It now has surveys from almost 400,000 respondents.

My analysis shows that differences in attitudes between nations can largely be explained by three factors: economic development, democracy and religion.

Sweden, Switzerland and the Netherlands are some of the richest nations in the world. They are also some of the most tolerant. In sharp contrast, countries like Uganda and Nigeria are quite poor and the vast majority of residents disapprove.

How does the amount of money a country has shape attitudes? In very poor countries, people are likely to be more concerned about basic survival. Parents may worry about how to obtain clean water and food for their children. Residents may feel that if they stick together and work closely with friends, family and community members, they will lead a more predictable and stable life. In this way, social scientists have found that a group mentality may develop, encouraging people to think in similar ways and discouraging individual differences.

Because of the focus on group loyalty and tradition, many residents from poorer countries are likely to view homosexuality as highly problematic. It violates traditional sensibilities. Many people may feel that LGBTQ individuals should conform to dominant heterosexual and traditional family norms.

Conversely, residents from richer nations are less dependent on the group and less concerned about basic survival. They have more freedom to choose their partners and lifestyle. Even in relatively rich countries like the United States, some people will still find homosexuality problematic. But, many will also be supportive.

Regardless of how much money they make, most people living in poorer countries are likely to be affected by cultural norms that focus on survival and group loyalty, leading to more disapproval.

The type of government also matters. People living in more democratic countries tend to be more supportive of homosexuality.

Democracy increases tolerance by exposing residents to new perspectives. Democracy also encourages people to respect individuals’ rights, regardless of whether they personally like the people being protected.

Freedom of speech also allows residents to protest and not be arrested. When residents feel that they can freely express their ideas, they become even more inclined to speak up for themselves and others. This leads to more tolerance.

The final factor shaping individuals’ attitudes is religion. Countries dominated by Islam, Eastern Orthodoxy and those that have a mixture of conservative and mainline Protestant faiths are more likely to disapprove.

Related | What It’s Like to Be Gay and a Muslim

In contrast, nations dominated by mainline Protestant religions and Catholicism – such as Sweden, Spain and the United Kingdom – are much more liberal.

Why are people from Muslim majority nations so opposed to homosexuality? Both Islam and conservative Protestant faiths generate high levels of religious belief. Most religious texts say that homosexuality is problematic. More religious people are more likely to take these religious precepts seriously. When a large proportion of people are highly dedicated to their religion, everyone within the country tends to develop more conservative views.

In these countries, the media are likely to reflect dominant religious views. Schools and businesses are more likely to support religious perspectives that disapprove of homosexuality. The government may censor the media so that they do not violate religious sensibilities. They may also restrict nonprofit organizations and human rights groups that promote views inconsistent with conservative religious values. Religious friends and family members are likely to reinforce anti-homosexual views.

Finally, there may not be any gay bars or other places to meet people with friendlier attitudes in these countries. Likewise, there may be limited internet access where residents could get more information about gay men and lesbians. In these countries most people are likely to disapprove, regardless of whether or not they are personally religious.

Are most nations becoming more liberal?

In 1996, there were only six nations that allowed for civil union or marriage. Seventeen years later, 43 nations allowed for it.

However, there has also been an increase in the number of nations that have a constitution or legal ban on homosexuality, indicating that there seems to have been a small backlash. These actions could be a reaction against the liberal legislation put in place in other countries.

As people across the world develop more liberal attitudes, many still disagree. Countries that are highly opposed to homosexuality tend to put in place policies and laws that reflect this disapproval.

While religion, economic development and democracy have a major role in shaping attitudes, the march toward greater liberalization is less straightforward than these factors alone would suggest.

Nations are embedded in a global context. Many countries located in Europe and North America were the first to become wealthy and democratic. Because they were the leaders, they were not subject to the pressure that currently up-and-coming countries now face from more powerful countries that led the way for gay rights.

Additionally, religion remains relevant, even in many rich societies, like Saudi Arabia and the United Arab Emirates, and up-and-coming countries, like Egypt and South Africa.

Related | You Should Ejaculate 21 Times a Month, Because Science

Future changes in attitudes are likely to be complicated by international forces and the continuing significance of religion.

Eighty percent of the countries I examined are becoming more liberal. However, we can’t assume that these changes will always be linear or simple. While we’ve seen a general trend toward more liberal views regarding homosexuality, there are likely to be hiccups along the way that affect how these different socioeconomic and cultural influences take shape nationally and across the world.