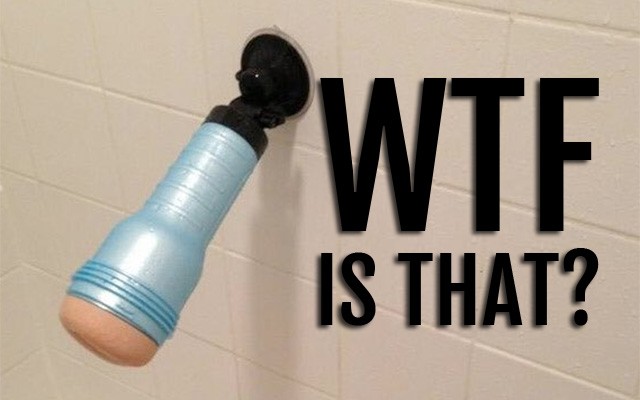 Patty Parsons is a wife, “maw maw” and mother who loves Jesus. When she found a mysterious object suctioned to the wall of her son’s shower, she turned to Twitter for help. Fortunately, they came to the rescue! That’s a Fleshlight, Patty.

CJ is the only on to use the downstairs bathroom and I went down to clean and seen this anyone know what it is pic.twitter.com/Tmb4jJiM3z

In a nut shell, your son puts his dick in there and then pounds away. Silly, maw maw. Apparently, poor Patty Parsons’ troubles aren’t over; her son ordered an adorable jock strap from Andrew Christian, which he’ll probably look amazing sporting.

Opened CJs mail found these dont look very Christian to me even tho I let him use my card for it bc its christian pic.twitter.com/6rTGO2do3V — Patty Parsons (@PattyParsonsPat) December 2, 2015

All jokes aside, we sincerely hope Patty Parsons loves and supports her son — no matter what. Even if he is a jockstrap wearing Fleshjack fan who takes long showers.