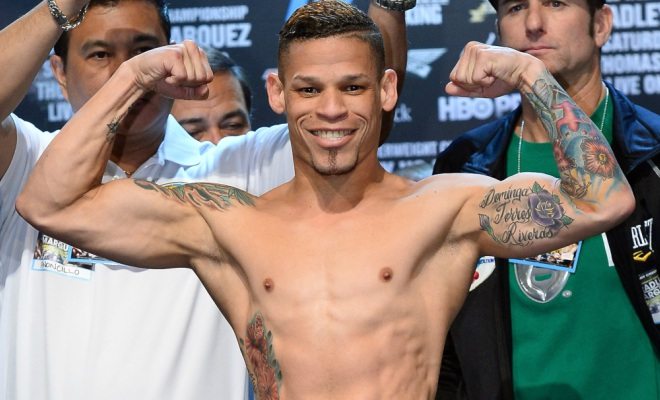 Puerto Rican boxer Orlando “The Phenomenon” Cruz shifted the world’s perspective when he came out as gay in October 2012. He became the first openly gay athlete in the sport. Now, he wants to take it all the way to the top and become world champion — and he just might make it.

After all, the guy has a record of 24-4-1 with 12 KOs. He competed for Puerto Rico at the 2000 Olympics in Australia, and on October 7, will fight Mexican boxer Luis Sanchez in Tampa, Florida. After the fight, Cruz will then need to beat WBO interim world champion super featherweight champion Miguel Bercelt.

“We are working hard for this fight and hope to do well,” Cruz said to El Vocero. “We are facing Berchelt in January or February for the interim world title. But I have an excellent team, and we have no hurry to get to that point. We are at the time of assimilating weight and going step by step.”

Double tap if you think #OrlandoCruz is the hottest #boxer ever!

From the moment he came out, Cruz has been an advocate for LGBT awareness and activism. When made the announcement in 2012, he said to ESPN: “I’ve been fighting for more than 24 years, and as I continue my ascendant career, I want to be true to myself. I have always been and always will be a proud gay man.”

“At 35-yeard-old, I feel great,” Cruz told PhilStar. “I know my opponent will come to fight, but I am prepared and ready for victory and then to be crowned world champion. I’m focused on becoming the only gay world champion in boxing history.”

He’s used his celebrity to raise awareness for the LGBT community. Check out his tweet honoring the Pulse Nightclub victims:

Morning ? World I have the official T-shirt in support of the families of the victims at the Pulse Bar. pic.twitter.com/oYg2PtdOYv

We wish you all the luck, Cruz! Make us proud.