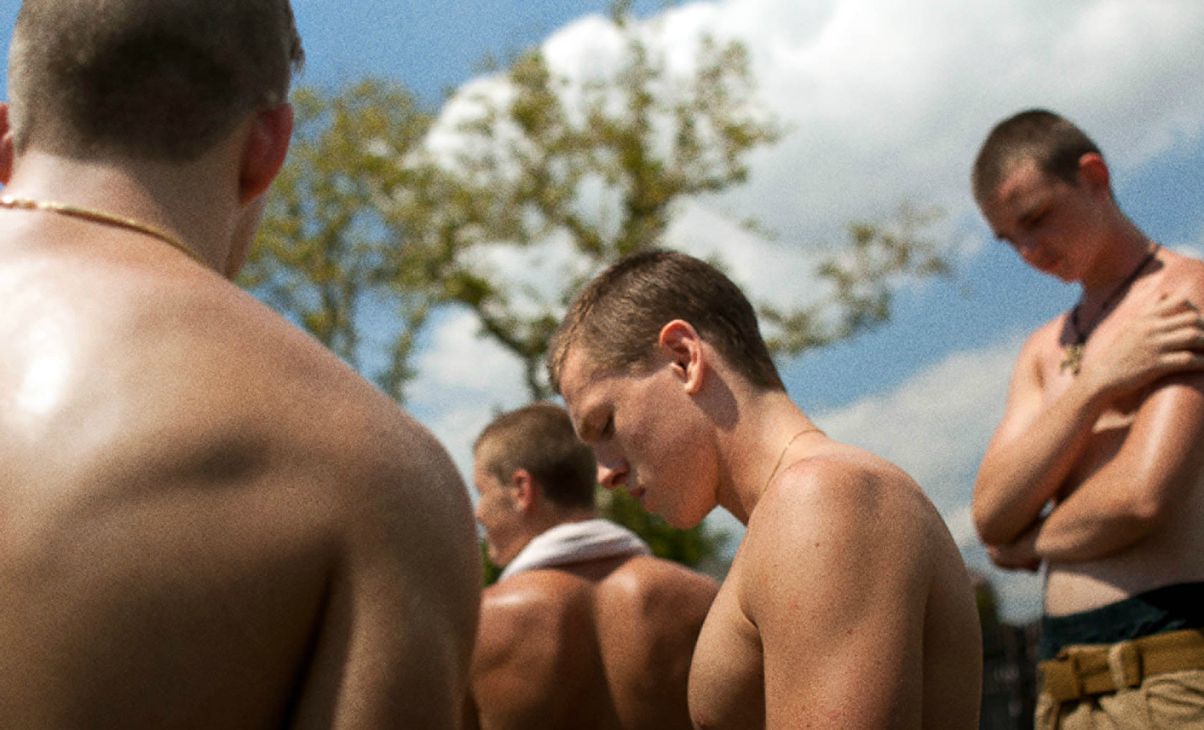 Over the weekend, director Eliza Hittman unveiled her latest film, Beach Rats, at Sundance. The stunning gay drama, set on Coney Island, is about a Brooklyn teenager named Frankie who enjoys random hookups. Unlike many other queer films, Beach Rats presents an authentic portrayal of a gay sexual awakening — complete with unbridled eroticism.

According to The Daily Beast, Hittman found inspiration for the movie in a photograph: a seductive selfie taken by a teenage boy. From the moment she saw the photo, she knew model-turned-actor Harris Dickinson was destined for the lead role. Apparently, he delivers a raw — and often bare — performance that captivated everyone at the film’s Sundance premiere.

Hittman and Dickinson discussed the Beach Rats and its explicit same-sex sex scenes with entertainment reporter Kevin Fallon. Here are a few of our favorite moments from the Q&A:

Harris, as a person who’s of the same age range as Frankie and had a similar upbringing, did you find his struggle, especially with sexuality, to be at all familiar?

Harris Dickinson: Interestingly, just listening to that about cruising, where I live there’s a heavily known spot where people go. It’s kind of tragic that you have to go to these secret dives to have this relationship with someone. I can’t relate to the same struggle of sexuality and identity, but I can relate to being in an area where self-exploration sometimes isn’t an option. Class. Not having the option to come outside of that expectation of masculinity. I can relate to that, for sure.

Harris, you’re going to be asked a lot about those nude scenes and sex scenes. Are you comfortable with it?

Harris: Yeah, no, I was. And hearing what Eliza said, I was completely happy to be part of something that did normalize male nudity. I was talking to someone the other day who asked about it, and I said to them, “Have you seen how much female nudity there is throughout the history of film and TV?” So yeah, I was comfortable with it, and I’m quite comfortable with my sexuality and my body.

Did shooting this change how you feel about sexuality at all?

Harris: You know, I can’t possibly say that I endured the same struggles as someone who’s had these struggles with sexuality. I’ve noticed that I entered the mind frame of it, and tried, so I suppose I put myself in a situation where I was going through the motions, and, yeah, I did learn more about it. Since I was young, I’ve had friends who struggled with sexuality and are now out, in the open, and their parents know and everything, but I’ve seen it—I’ve seen my friends go through it—so it’s not a completely foreign subject; not something I was unaware of as a problem.

The three big sex scenes all felt very different. Was there any consideration about how graphic to make them, or the tone of them?

Eliza Hittman: I think it was important that they all felt very different, and I think that part of self-exploration and sexuality is having the first experiences and coming to understand what is right for you and what feels good and what is exciting and where you feel comfortable and having a range of experiences.

What was your thinking in terms of how much sex—thrusting, graphic sex—to show, or how much to even linger on a sexual act?

Eliza: Initially, in the casting, I asked for actors comfortable with full-frontal nudity, and that weeds down the process to a lot to actors, like Harris, who are incredibly brave. So you get a certain type of talent that comes through the door when you ask for someone like that. I think it’s important to sort of normalize male nudity on screen, because women are always naked. And none of the male nudity in the film, I think, is unnecessarily provocative. It’s meant to be everyday. There’s some everyday nudity in the film, as well as in sexual moments.

Watch the trailer below, and if you want to read the entire interview, head over to The Daily Beast.