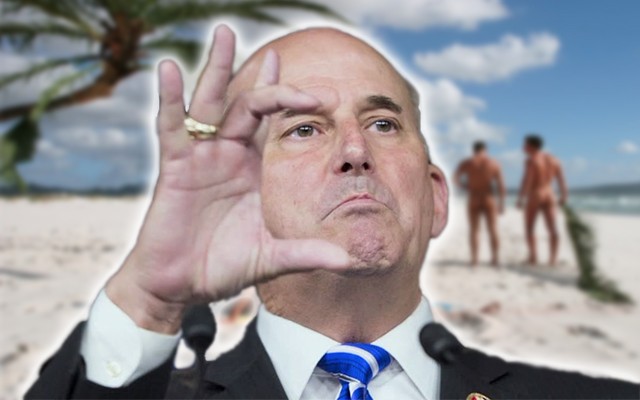 Rep. Louie Gohmert, a republican congressman gave a speech last week that called for the banishment of gay men, lesbians and bisexuals.After we banish gays to an island, he believes that after 200 years (give or take) nature will reveal “the preferred marriage.” Although his solution is not as barbaric as ISIS‘s resolution, it’s equally absurd.

Where’s the logic in his “banish gays” hypothesis? Wouldn’t the “heterosexual” island  be over run with gays eventually? Maybe, he needs to think this experiment through a little more.