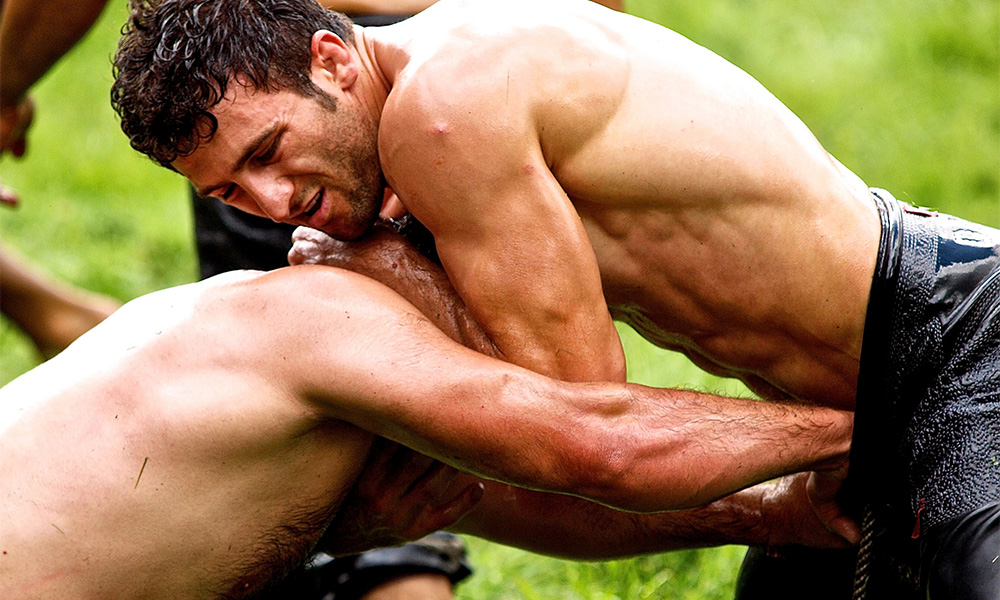 Oil wrestling is the hottest sport in Turkey.

In the United States, two lubed men mounting each other in a park would probably be perceived as gay. Luckily, that’s not the case in some other countries. In Turkey, for example, muscular men often lube up and grapple in the grass while thrusting their hands inside their partner’s leather trousers.


Although to the untrained eye it may look strange; it’s actually a sport known as oil wrestling or grease wrestling (Yagli Gures in Turkish). Oil wrestling, Turkey’s national sport, is a combat sport in which men douce their bodies in olive oil and then attempt to mount and pin their opponents, there’s no penalty for holding. Here are 29 of our favorite oil wrestling photos by the talented Jim Mavro. 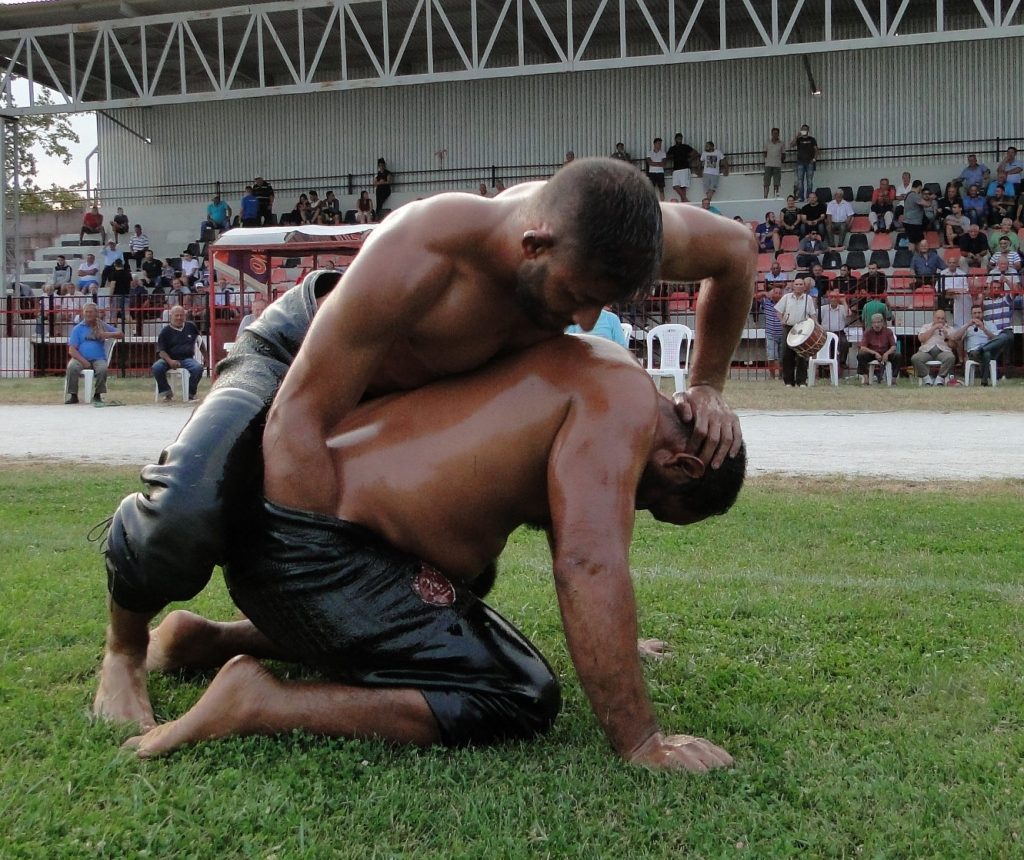 The entire competition is based on contenders battling to shove their hands down their opponent's pants, which are called kispet. While it may appear to be lawless their wrestling, their are rules to the game. For example, wrestlers are not allowed to take hold of their opponents balls or enter their hole.

While mounting a lubed lad is typically an easy job, it's much harder when your partner is trying to mount and pin you at the same time. According to the rules of Turkish Wrestling, the first fighter to have their “umbilicus exposed to heaven” loses the match. To win, you must keep your umbilicus (belly button) facing the ground at all times.

Although the photos below are exciting in general, the most captivating factor is the level of physical comfort the men have in touching each other. In many cultures, that degree of male-on-male contact would be view as a "gay".