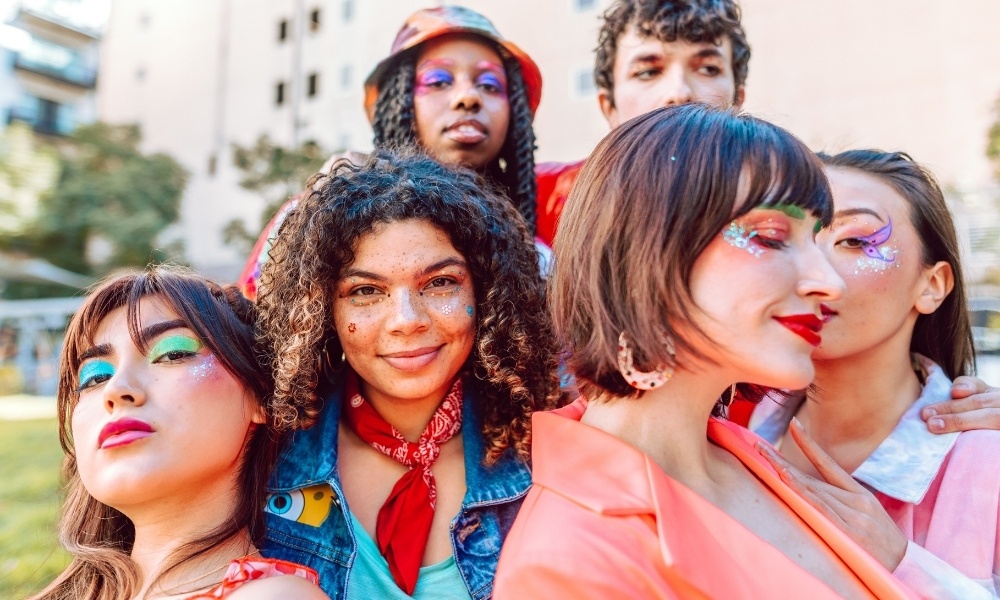 Universal Life Church: ‘Everyone in America Will be Gay by 2047’

According to a new statement from the Universal Life Church — “The Gay Agenda” will come to fruition in 2047.

The countdown has begun, and in only 25 years, every American will be Gaga-loving, Pride-marching, rainbow-flag-waving queer person. Well, according to a recent tweet from Universal Life Church, that is.

Everyone in America will be gay by 2047. At least, if current trends hold.

A new Gallup poll found that the percentage of U.S. adults that identify as LGBTQ has doubled over the past 10 years. The number now stands at 7.1% of the overall population.

On February 18, Universal Life Church shared a statement regarding a recent Gallup Poll recording the number of Americans who identify as LGBTQ+. Since 2012, the number of people who self-classify as “non-heterosexual” has more than doubled.

Who is the Universal Life Church?

Unlike many religious organizations, The Universal Life Church (ULC) is a non-denominational institution that embraces all gender and sexual identities. Contrary to their name, they are not a church at all — instead, they provide legal, online ordination for any individual who would like to perform ministry services, including same-sex weddings.

According to their website, “The ULC supports many organizations that work for oppressed or underrepresented individuals. We are very proud of the work and victories that we’ve helped to win in areas such as religious freedom and the legalization of same-sex marriage.”

Finally, a “religious group” we can retweet.

We’re gonna do our best, of course, but we can’t make any promises. https://t.co/XIqU7cWfTY

What is a Gallup Poll?

When the ULC tweeted the Gallup results, they weren’t doing it with any bias or prejudice. The organization was simply sharing the good news. But what do these poll results mean? And who is Gallup anyway? We don’t know her.

Gallup is a global analytics firm best known for conducting some of the most accurate public opinion polls available. Since founded in 1935, the Gallup system has consistently and accurately identified various social, political, and economic trends. If that’s true, we could be looking at a much queerer America in the coming decades.

What is the Gay Agenda?

While the ULC might support a growing number of LGBTQ+ people, many other organizations will not. For example, the Westboro Baptist Church will surely spew hateful rhetoric regarding this statistic and the “gay agenda.”

What does “the gay agenda” even mean? You have probably heard it referenced in entertainment satirically or even in an article like this. Many LGBTQ+ groups have tried to reclaim it from the religious groups who coined the term during the early ’90s.

“The Gay Agenda” was a disparaging phrase used to create a negative connotation surrounding queer identity and the “corruptive” influence queerness had socially and politically. As if we are out here in these streets actively recruiting.

The phrase became popularized thanks to Springs of Life Ministries in California who, used “the gay agenda” as a title video series widely shared amongst evangelical churches.

But that is not all, honey, oh no.

Obviously, that’s ridiculous. It’s important to know the origin of a term we now wear rebelliously on a shirt or stuck to the side of water bottles.

So what does this statistic really mean?

Over the last decade, the number of queer-identifying people increased exponentially. However, what does that mean for an all-queer America? Sadly, it’s not what you might think. On the current trajectory, it seems like every bar will be a gay bar by 2047, but that’s not true.

Gallup summarizes their findings by saying, “The proportion of U.S. adults who consider themselves to be lesbian, gay, bisexual or transgender has grown at a faster pace over the past year than in prior years. This is occurring as more of Gen Z is reaching adulthood. These young adults are coming of age, including coming to terms with their sexuality or gender identity, at a time when Americans increasingly accept gays, lesbians, and transgender people, and LGBT individuals enjoy increasing legal protection against discrimination. Given the large disparities in LGBT identification between younger and older generations of Americans, the proportion of all Americans who identify as LGBT can be expected to grow in the future as younger generations will constitute a larger share of the total U.S. adult population. With one in 10 millennials and one in five Gen Z members identifying as LGBT, the proportion of LGBT Americans should exceed 10% in the near future.”

Although we may not see a solely queer America in 2047, our numbers are growing, which means our agenda is working.

Universal Life Church: ‘Everyone in America Will be Gay by 2047’