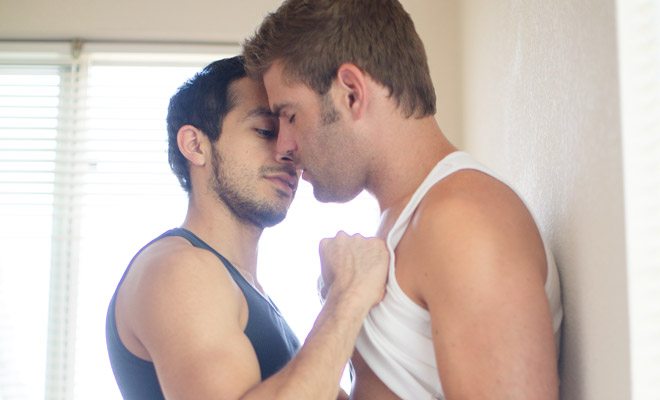 According to a recent survey published in The Journal of Sexual Medicine, most homophobic young men show a subconscious attraction to gay imagery.

The participants, 38 male students from the University of Geneva, described themselves as straight. Initially, the students took a survey, which unveiled their negative views of gay and bisexual men.

Love is love is love. ? by Tam Bui featuring @luffypiece and @super_zam.

Following the initial survey, the men were asked to rate pictures of same-sex and opposite-sex couples on a nine-point scale, which ranged from “very pleasant” to “very unpleasant.” The exercise also took into account the amount of time they spent on each photo.

The results of the study concluded that the men who had the most antigay opinions of queer men spent more time looking at the same-sex couples than they did on the opposite-sex couples. The participants who weren’t homophobic spent equal amounts of time on all of the photos. The research team concluded that the “Findings on the viewing time allow understanding why some (but not all) men high in homophobia have a sexual interest in same-sex individuals.”

The lead author on the study, Boris Cheval of the University of Geneva in Switzerland, told PsyPost it ‘s hard to say how big of a role repressed fascination toward same-sex people plays in the creation of anti-gay attitudes. He remarked that a prior investigation determined about half of homophobic men became aroused — as measured by their erections — when shown homoerotic content. He added, “Nevertheless, I think that others studies are needed to correctly evaluate the importance of this denied attraction.”