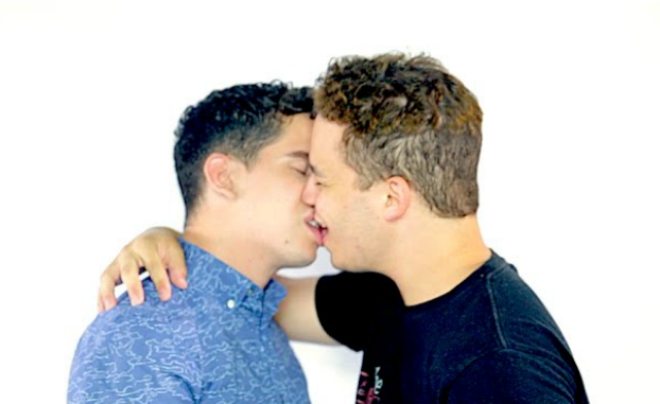 Through overtly sexual content, YouTubers Bria & Chrissy accumulated a massive following and millions of views. Last Sunday, they uploaded a video entitled ‘Men French Kiss Men For First Time,” to their channel and — big surprise — it already has more than 150,000 views.

Like its title, the video is too the point and borders on being straight-bait. Regardless, the girls know how to get those views. The guys in the video are allegedly straight, but they’re incredibly good at tonguing other men.

If Bria & Chrissy get enough views, maybe they’ll take it to the next level and make a “Men Rim Men For First Time” video.