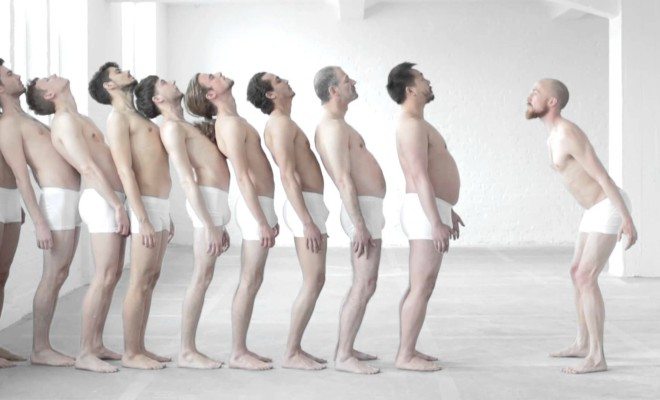 Two years ago, Berlin-based artist Mischa Badasyan embarked on an art project called Save the Date, which required him to sleep with one man every day for a single year. Now that the project is over, Badasyan is revealing his what he learned and it’s not all pretty.

If you really want to hook up, with apps like Grindr, it’s easy to find a randy random. It’s part of gay culture, but a sad result is a desensitization to sex, which results in loneliness, something Badasyan experienced.

According to a summary from Vice, Badasyan was mainly upfront with people about the project. Whenever he’d get rejected through hookup apps, he took to cruising the parks and streets of Berlin. As the sex became routine, he found it became emotionless, which made intercourse less enjoyable.

To get any satisfaction, he had to intensify the experiences: “I had to use violence to enjoy sexuality,” he said. “I was punching people. I became a machine.” Badasyan also interviewed people on Kurfuersenstrasse, the red light district, who happened to be escorts. He ended up joining them as a sex worker on occasion, even though he did it for free.

Throughout the year, media covered Badasyan’s project, which led to numerous people reaching out to him — some good, some bad. A few of his dates turned violent. One almost hit him with a car, while another smashed him with a bottle of beer. Another time, a neo-Nazi sent him death threats.

At the end of the project, he discovered that loneliness played a huge factor in the constant search for sex. He details his entire experience in a diary he wrote throughout his journey. Now, he’s working on a new project called TOUCH, which he describes as an “attempt to rebuild the connection between myself and other people. To understand something, you have to touch it.”