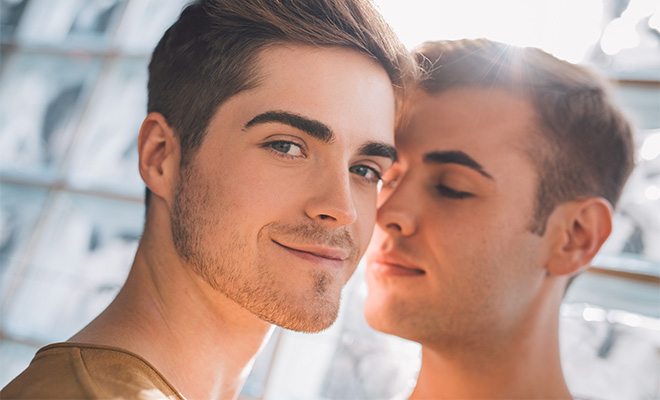 When it comes to guessing who’s a top and who’s a bottom, I’m often wrong, and that never ceases to amaze me. Like many, I judge based on stereotypes, but every once in a while, I’m shocked to discover the most masculine man in the room is a proficient power bottom. And, apparently, I’m not alone. VICE recently explored the subject in an article entitled, “How Easy Is It to Tell Tops from Bottoms?”

Of course, it piqued my interest.

In the investigative piece, VICE utilized the discoveries of a few recent studies and enlisted the help of several experts to get to the bottom (no pun intended) of the top/bottom mystery. Dr. Andrew Reilly, a psychologist who researches the perception of tops and bottoms, told VICE, “It’s all about stereotypes. It’s all about stereotypes. And people think that if you’re a stereotype in one area, then you’re a stereotype in another.”

Reilly believes that this behavior proves that, as a species, we haven’t evolved enough to separate sexual preference and behavior from characteristics like appearance or personality. He suggests that although people assume small, feminine men are often bottoms, researchers suggests beefy boys are more likely to bottom.

“Gay men with a higher degree of internalized homophobia and who identify as bottoms are more likely to work out to get muscular, so that would negate the idea of being a bottom,” Reilly said. “Once you have your muscles, you’re viewed as straight, even though they have created this other stereotype: the muscular power bottom.”

In a 2013 study published in the Archives of Sexual Behavior, researchers discovered that “people rely on perceptions of characteristics relevant to stereotypical male–female gender roles and heterosexual relationships to accurately infer sexual roles in same-sex relationships.” The participants in the study identified tops nearly 65 percent of the time, but they could only identify bottoms 39 percent of the time. This data supports Reilly’s hypothesis that masculinity doesn’t always equate being a dominant top in bed.

In a 2011 paper, Canadian researcher Trevor Adam Hart developed an unsupported theory around the ability to distinguish men who enjoy receiving from men who love giving. He told VICE, “One hypothesis is there are biological differences between tops and bottoms, and that’s a possibility, but we don’t have any evidence to support it.”

Related: Study Shows Straight Men Like Watching Guys Get it On

Hart continued, “Guys who are feminine are being pushed into feminine roles, and we construct roles in heterosexist ways. That’s as likely as an answer, and I think there is more evidence [for it].”

In conclusion, the VICE article proposes that many people make assumptions around position preference based on biological indicators of masculinity, like hairiness or a square jaw.

Some gay men want to pound a tight hole while others crave a thick dick. Their desires have nothing to do with their physical appearance, mannerisms or personality, so the next time you meet someone, ask yourself “Do I want to have sex with this person regardless of their position preference?”