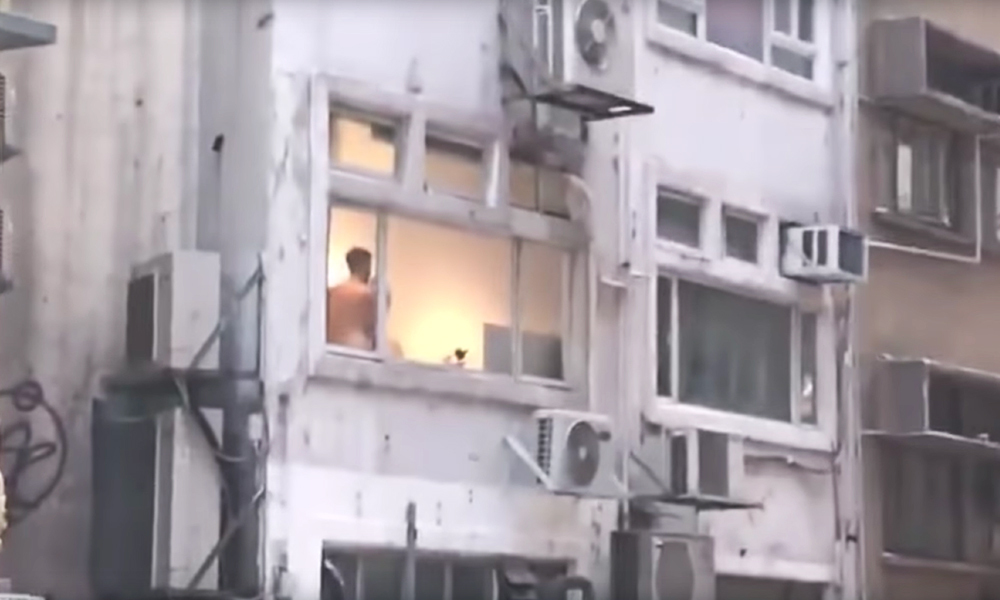 Although the World Cup and ESPN The Magazine‘s Body Issue are winning headlines this week, this gay couples rendezvous is going viral. The video making the rounds was captured by a spectator in Hong Kong, who video the hump session.

The incident happened in the Sheung Wan neighborhood just west of the business district in Hong Kong. It’s a bustling part of the city, so if you do something eye-catching near a street-facing window, you’re bound to have an audience.

That’s precisely what happened when a same-sex couple got it on next to the window of their third-story apartment. The two men disregarded the opened window, which attracted a big group of observers on the street. According to the Oriental Daily, the crowd started chanting, cheering and chastising the men during their romp.

Passers-by allegedly joked that the couple was practicing yoga, while others giggled and called the event, “better than the World Cup.” After the fellas finished, the top grabs a towel while his partner gets off the bed. At that moment, the crowd realized the exhibitionists were men and supposedly burst into applause. For the most part, the response has been positive and lighthearted.