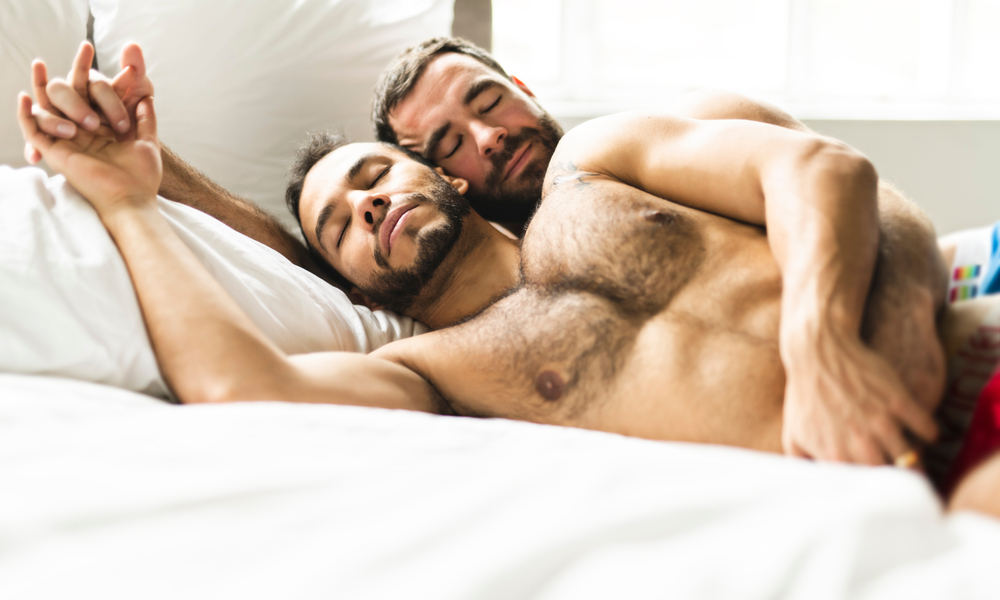 “I’m the top and have a smaller d**k. But I’m still the top, which is the more important power/relationship issue.”
—Helmet-GLA

62. I’ve noticed in gay relationships there often sort of seems to be an alpha and beta.

“This is a legit question, is it common for one partner to catch most of the time or do both people catch the same amount.

I’ve noticed in gay relationships there often sort of seems to be an alpha and beta, I’ve assumed the beta does most of the catching.

Also how common is it to date a dude or hook up just to figure out he is too hung for you, I guess just more lube and jump on.

63. It doesn’t really matter who is bigger to me, I just want to enjoy the sex.

“I’m 5’7″ and usually bottom, I’m 8 inches long and my bf is 6’3″ and 7.5 inches long but he’s thicker than I am so one of us is longer the other is thicker and it’s a win/win that way I think. Either way it doesn’t really matter who is bigger to me, I just want to enjoy the sex.”
—redskylark9

“I’m the smaller one, and my bf loves it! I was once a bit insecure about it for societal reasons, now I generally don’t mind. My larger-in-every-sense bf loves bottoming and he seems to get off by my size a lot, which makes me feel great!

In contrast, his is pretty big and many of his previous partners and myself have a lot of trouble with it, which actually makes him feel insecure. They’re nice to look at, very nice, but huge d***s are just so difficult.”
—forgetwhattheysay

Related | What is the Average Penis Size?

65. Whatever makes you happy.

“My boyfriend and I are thankfully about the same length and girth, both trending on the bigger side hard. He’s a bit girthier than me but I’m longer. We’re both show-ers. Whoever said size doesn’t matter is well… not us. He’s mostly bottom and I’m top/vers, but I don’t think we’d be with each other if either of us were smaller than we currently are. That said, we’re pretty involved in leather/kink stuff so I guess YMMV. Whatever makes you happy. I love reaching over and grabbing his big hog and playing with it to wake him up, and he’ll do the same thing to me if he wakes up first.”
—ottereater

“I’m a severe bottom with an 8″ dong. It’s awful to me. Other guys seem to enjoy the thought of a bottom with a big d**k, though.”
—SoulMystique

67. My boyfriend has a bigger c**k and sometimes I get a bit jealous, cuz it’s just so nice to look at.

“I’ve been with a fair number of guys sexually, and I’m of an average size so I’ve been both bigger and smaller than some. It’s never been too much of an issue. My boyfriend has a bigger c**k and sometimes I get a bit jealous, cuz it’s just so nice to look at haha, but it’s never caused a problem for us. We are both versatile and he insists that my average sized c**k is more than enough. In my experience, gay guys often like big d***s but don’t get disappointed when we are with someone who hasn’t got a gigantic one.”
—web_head91