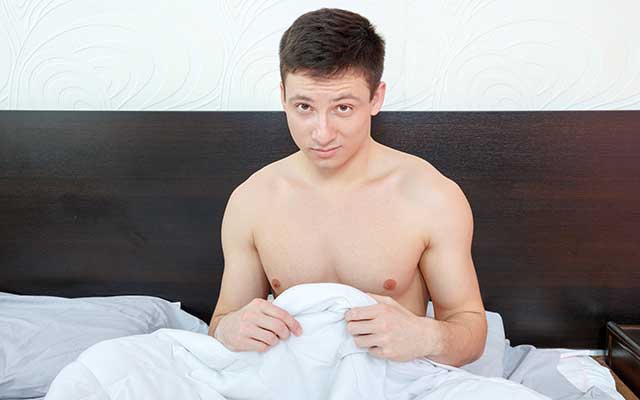 We all have unique tastes, but when it comes to being uncircumcised, it’s often an acquired taste.

Studies have shown that fewer than half of American boys are being circumcised. Around the world, up to 75 percent of babies are destined to bear foreskin for the rest of their lives. But as the uncircumcised population grows, will gay men start to accept or even prefer foreskin?

Ironically, I interviewed several gay men on the subject and they love foreskin. They find its texture, rarity, and sensitivity interesting and enjoyable. It’s straight women who seem to have an issue. Point proven by this write up in Cosmopolitan.

Related | If I Had a Big Dick, What Would I Be Like?

As someone who enjoys a good foreskin, it never ceases to amaze me the number of people who have the wrong idea about it. And I mean, a really wrong idea. They hear about it from TV shows, listen to people spew hate on the radio and read degrading columns on trashy websites, and all of a sudden they are “anti-foreskin” — grab your pitchforks, it’s time to circumcise ya babies. Rawr!

Here’s the truth: It’s not the foreskin itself, but the man behind it. It all has to do with hygiene. When a man doesn’t brush his teeth, no one is going to blame the teeth because his breath smells bad, we’re going to blame him. It’s the same thing with foreskin.

Mind you, there are plenty of gay men who prefer a cut dude as well. It’s usually one of the first three questions a guy might ask on Grindr if he’s looking to worship some dong for the evening. But I digress.

It’s kind of unfair that circumcised men never need to worry because they’re the majority, it’s a safe bet their partner wouldn’t have an issue. Guys with foreskin are left at the mercy of their partner’s taste buds — will he like it, or not? As a result, uncircumcised men tend to stay in the closet (so to speak). I say, to hell with it!

Related | 9 Things You Didn’t Know About Your Unit

Not all penises are alike. Add foreskin, and it can be a deciding factor whether your partner thinks it’s cute or not. Personally, the prettiest ones I’ve ever seen had foreskin, but culture has shaped an idea of beauty in our society — who can blame us? We’ve been circumcising our babies for nearly 5,000 years.

According to Circumcision Info, each year 100,000 Jewish and 10-million Muslim circumcisions are performed. In Africa, the number is nine million. Circumcision predates Islam and Judaism, since it was depicted in ancient Egypt writings and pictures 5,000 years ago.

Though foreskins were present in most male figures depicted in European paintings and sculptures, it’s never mentioned in the Qu’ran. In fact, it came into Islam because it was already the custom of Arab people, who were the first Muslims. Some think it’s because of the dry sandy climate in these parts of the world. Let’s face it, before showers hygienic rituals may not have been a foreskin’s best friend. Dirt and sand would often sneak into the folds.

But now that we have indoor plumbing (and antibacterial soap), is circumcision beneficial at all anymore?

When a person has a bad experience, they vow never to see foreskin again. They assume all uncircumcised guys will have the same result, but they never consider the man — just his foreskin. It’s not hard to wash your private parts. If you come in contact with a dirty one, chances are the man who’s attached to it doesn’t shower as much as you think he does, or he hasn’t mastered the art of maintenance.

Related | 6 Things You Should Know About Prostate Massages

The debate is ongoing, and to be honest it’s so typically “American.” I remember sleeping with an Australian who once told me he couldn’t wait to see me with my pants down. I asked why, and he said he wanted to see my “American Cock.” I was flattered, but was obviously left to ponder.

Uncircumcised penises make up most of the world, except for Jewish, Muslim and American cultures, and two out of three of these cultures view homosexuality as immoral and make coming out nearly impossible. Seeing a gay circumcised dick, actually, is quite American. Are we the ones who need to get over it?