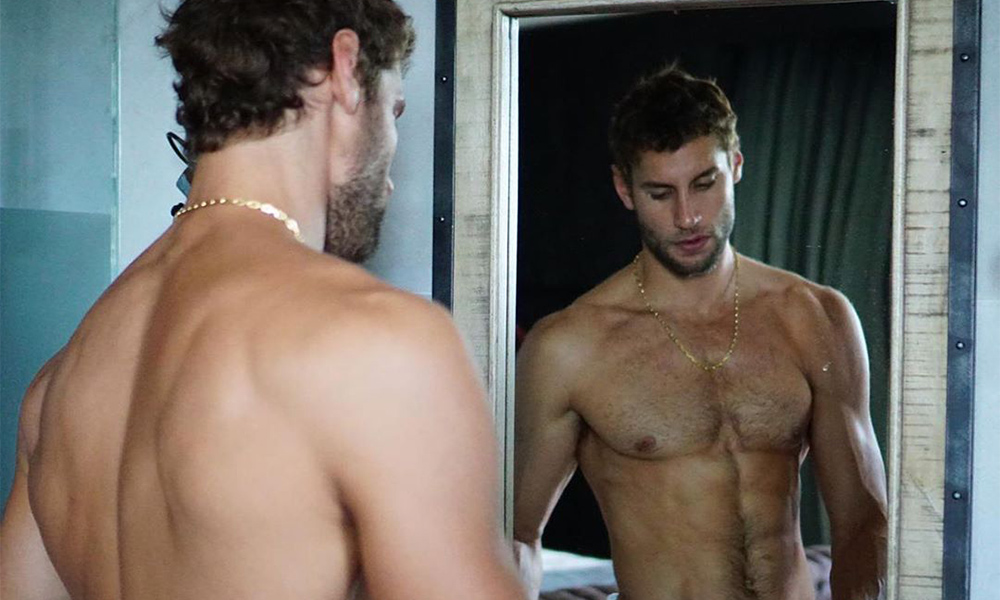 Franco Noriega’s eggplant made an appearance on his Instagram Story.

Peruvian chef Franco Noriega is a restaurateur and model who resides in New York. After fashion photographer Mario Testino discovered him, Noriega modeled for brands like Louis Vuitton, Calvin Klein, and Dolce & Gabbana. He’s been featured in countless magazines, including GQ, New York Post, NY Magazine, and The Telegraph.

Noriega owns an authentic Peruvian rotisserie in the Lower East Side called Baby Brasa. Although Noriega’s professional achievements are well-known, his fame comes from his steamy video content.

“I’ve been cooking naked with knives for the longest time, so I feel pretty comfortable chopping.”

In 2016, one of his cooking videos went viral. In the video, the then 27-year-old stud wore only billowy boxers that showed off his package. The video garnered millions of views and won Noriega the attention of Ellen DeGeneres and Martha Stewart, which landed him on television.

Related | 23 Times Franco Noriega Turned up the Heat on Instagram

He’s going viral again, and this time he ditched the loose-fitting undies and went totally raw. Noriega posted a clip on his Instagram Story showing off a papaya juice with green tea beverage. In addition to the wholesome drink, his followers got a hearty serving of Noriega’s eggplant.