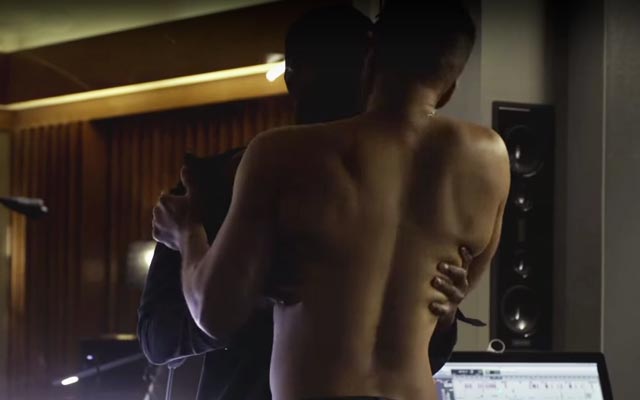 If you want to see two true dominant tops go at it, check out Empire’s new gay storyline. Not only is it sexy as hell (we can’t stop watching it), it’s also getting a lot of people ticked off, which is a show in itself.

Jussie Smollett’s character Jamal faces off with another producer in this scene, D-Major. At first, the new producer seems to hate Jamal, but as it turns out, it was pure old fashioned sexual tension. Check it out:

D-Major, of course, is on the down low. But our beloved Jamal is not, so later in the episode he sent him away – Jamal’s not about to go back in the closet!

In an interview with Variety, show runner Ilene Chaiken spoke about the gay narrative:

“We didn’t view it as an issue that we needed to take on,” Chaiken said. “We looked at it as something that happens in the world and something that happens often. We’ve heard many, many stories. Jamal is obviously a wildly attractive guy who is going to be attractive to a lot of people, but is also probably lonely — it’s hard as a star to really find love and find someone who can move in the same circles as you and it’s inevitable and it’s bound to happen that those unexpected attractions are going to flare up. This is the first time we’ve told a story like that for Jamal. It’s the beginning of an interesting story that we hope will have legs.”

After the show aired, homophobic fans of the show hit Twitter to rant about the gay love scene.

#Empire So sick of the Gay scenes we don’t have to constantly reminded Lucious son is gay?

That gay scene is too much #Empire

I’m not with this gay sht on #empire