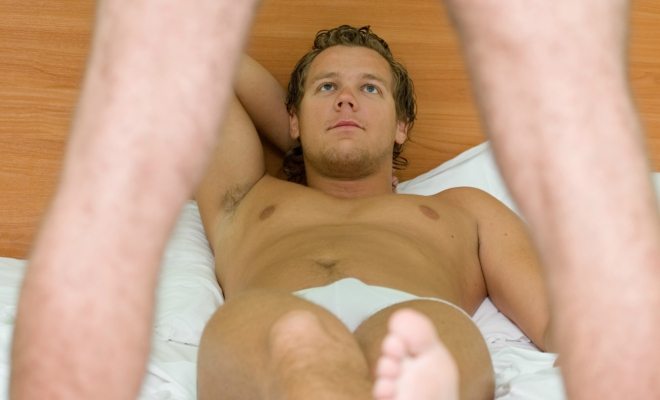 When BuzzFeed goes gay, they go really gay. This year, they decorated derrières for Easter and painted bubble butts for summer, which we loved, but this queer story might be our favorite.

They asked members of the BuzzFeed Community to recount their first same-sex experience, and the responses ranged from embarrassing to disgusting. Somehow, we made it through their top 20 and found the following five stories particularly interesting.

“It took place at a theater camp. We flirted heavily during the day and then I snuck into his room that night. We made out for hours, but his facial hair was so aggressive that I made him go shave. After he came back, we got naked, and he just sort of did a resting pose while I awkwardly thrusted him from behind. I remember staring at the clock, fixating on how late it was and how I should be in bed.”

“After pulling down his pants, I immediately knew that I was in grave danger. His penis was not the six and a half inches that I was promised, it was an eight-and-a-half-inch log splitter. The penetration nearly blinded me from pain. Afterwards, he high-fived me like a true gentleman, told me that he liked my teeth, and drove off into the sunset.”

Related: This Is Why I Jerk Off at the Gym

“When I got home from getting my cherry popped, my mother’s church friends were there. I started to panic, sincerely believing that they were there on an intervention from God and wanted to exorcise the gay out of me. I kissed my mum on the cheek as I entered the house, and was terrified that she would smell his dick on my breath.”

“I was working backstage for a play. There was an afterparty where I got too tipsy and lost my group, so I started talking to a guy about how we were wearing matching shirts. We started making out and he led me behind a tree, where I got my first blow job. We then got in his truck and ended up having sex in the parking garage of the theater. He called me ‘Ryan’ twice.”

“I had just finished my gym class and was chilling in the sauna when I noticed this guy giving me the eye. We started talking and he undid his towel, so I did the same. Next thing I knew we were all over each other, only taking a break so I could run to my bag and grab a condom. I topped him and lasted less than five minutes.”

You can read more first-time stories on BuzzFeed!

Case of the Mondays. ?