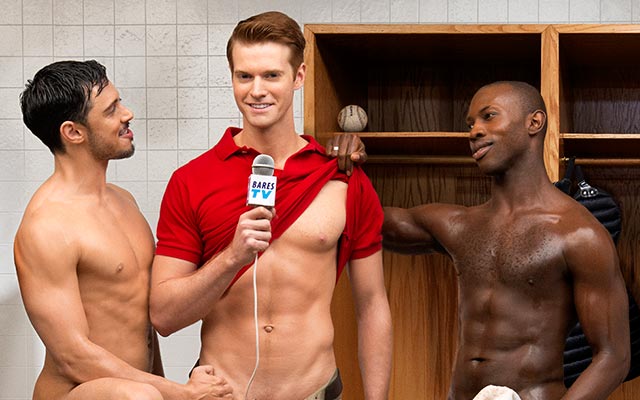 The hottest ticket in town is back, and Broadway studs are ready (as always) to strip for a good cause. The theme this year: Broadway Bares: On Demand.

Producers say performers will offer us everything we love about television — without the censors!

Broadway Bares is the hottest event of the year. Dancers from the biggest shows on Broadway come together in a burlesque revue, which benefits Broadway Cares/Equity Fights AIDS. This year, it happens on June 19 at NYC’s Hammerstein Ballroom, and we can’t wait to see what they have in store. Judging by the pictures, it’s going to be the hottest show yet.

Tony-winning director and choreographer Jerry Mitchell (Hairspray, Kinky Boots, On Your Feet!) launched Broadway Bares in 1992 to help raise money for the fight against HIV/AIDS, which is still prevalent today.

A-list celebrities have graced the Bares stage, including James Franco, Fran Drescher, Vanessa Williams and Laverne Cox! Who ends up center stage is always a surprise, but judging by the theme, it’s going to be someone in television (Dear God, let it be Justin Baldoni!).

To date, the event has raised more than $14.3 million for Broadway Cares/Equity Fights AIDS (now you see why it’s such a big deal?). Spending money, watching A-list celebrities take their clothes off … sounds like a dream come true. You should join us!